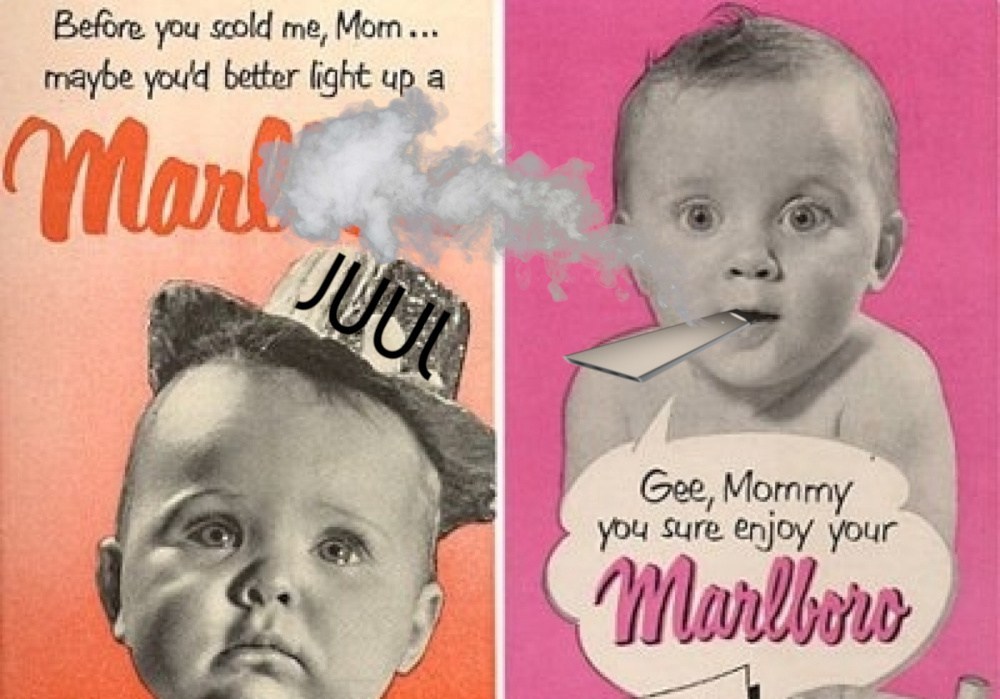 Juul is the cash-flush e-cigarette company whose billions (invested by Marlboro's parent company) have allowed it to create a massive market of addicted children, wiping out decades of progress in weaning children off of nicotine.

Now, the FDA has demanded that Juul answer claims that the company sent marketing representatives to schools to present during "mental health/addiction" seminars, where children were exposed to marketing messages promoting Juul products, told they were "totally safe" and "the Iphone of e-cigarettes." A Juul rep told a child who asked for advice for a friend who was addicted to nicotine to steer the friend towards using Juul products (the friend was already addicted to Juul products).

Juul's US-based products are stronger than those sold in other countries, with much higher levels of addictive nicotine.

Berkman’s son, Caleb Mintz, and a friend—who also testified at the hearing—said that the presentation was given during one of the school’s “mental health slash addiction” seminars, which are held at the school three times a year. The teens, who were in 9th grade at the time, said that to make the seminars a “safe space” where kids could speak openly, teachers are asked to leave the room.

Alone with the students, a Juul representative allegedly presented a “mixed message” by saying Juul products were “totally safe” and then “following up every ‘totally safe’ with ‘but we don’t want you as customers.’” The representative also took out a Juul device, called it the “iPhone of vapes,” and showed the students how it worked. Caleb testified that his classmates were given the impression that the products were just a “flavor device that didn’t have any harmful substances in it.”

After the seminar, Caleb said he approached the Juul rep and told him that he had a friend struggling with a nicotine addiction. Caleb asked the rep for advice on behalf of his unnamed friend (who was actually the teen that testified alongside Caleb at the hearing). Caleb didn’t mention that his friend was using Juul devices. The Juul rep assumed that Caleb’s friend was smoking regular cigarettes. His advice, according to Caleb, was that his friend should switch from cigarettes to Juul.