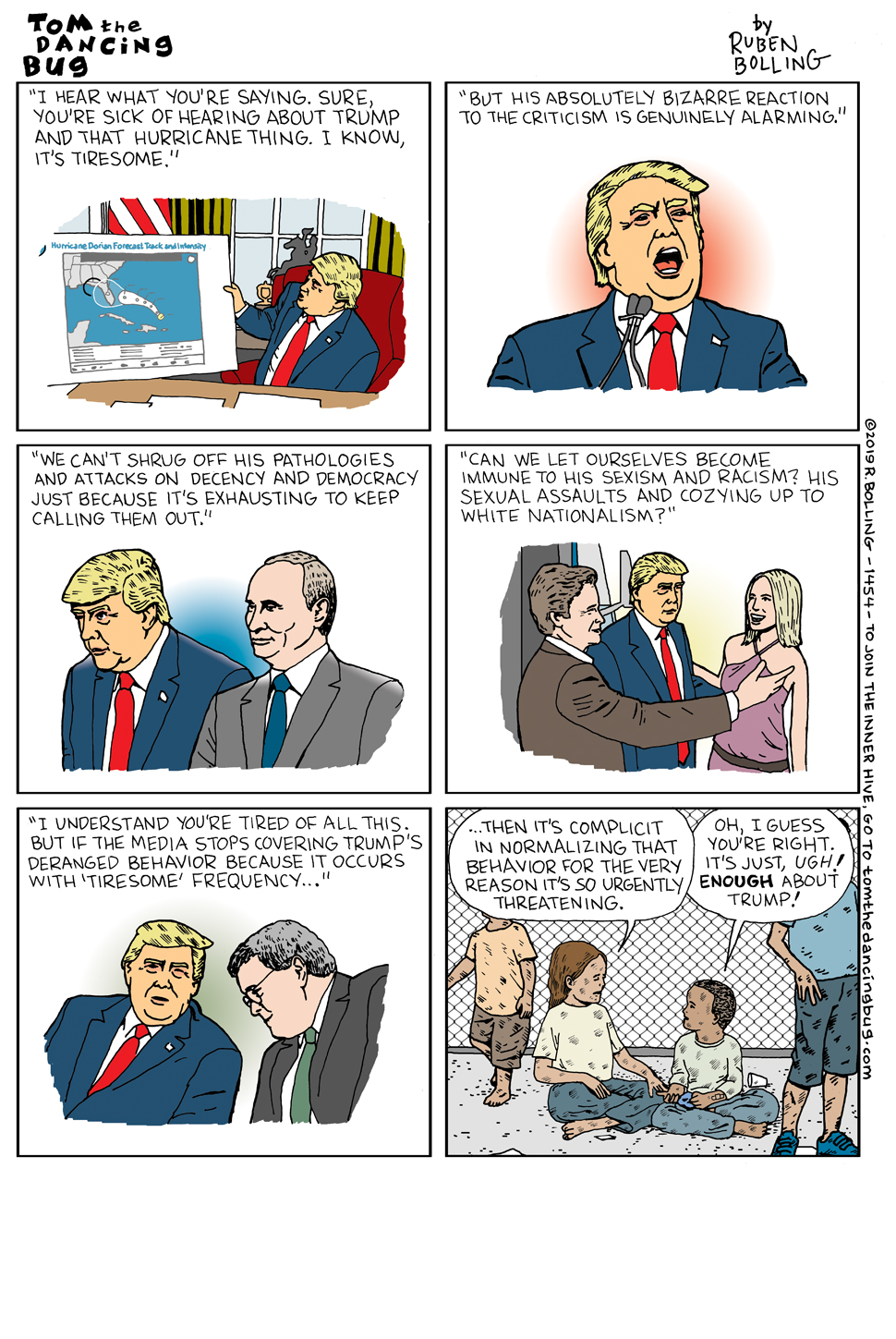 Tom the Dancing Bug, IN WHICH we wonder whether this whole Alabama hurricane thing is blown out of proportion

JOIN Tom the Dancing Bug's INNER HIVE! Be the first kid on your block to see each week's comic, get extra comics, sneak peeks, insider scoops, and lots of other stuff! JOIN TODAY!