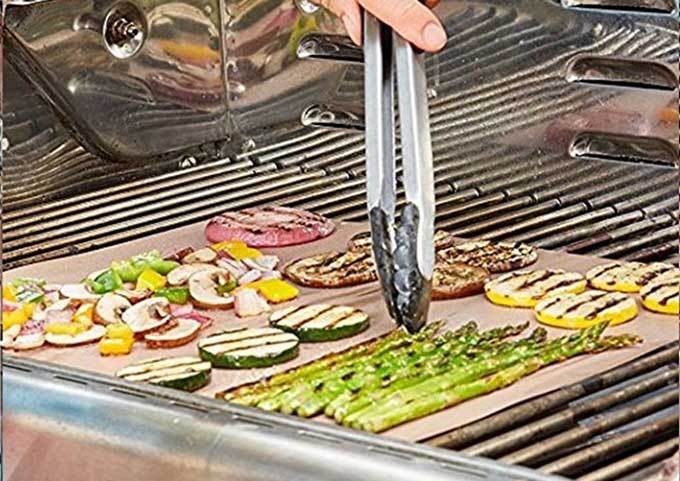 I like the charcoal flavor of barbecued steak and chicken, but it's hard to cook vegetables on my Weber grill, because the vegetables tend to fall between the wires. Grilling mats prevent that from happening. You just set a mat on the grill and place the veggies on top. The mats are so thin that they look like they would incinerate in a second, but they are impervious to high heat. They are easy to clean, too. Nothing sticks to them. Amazon has a good deal on a set of these BBQ grilling mats.