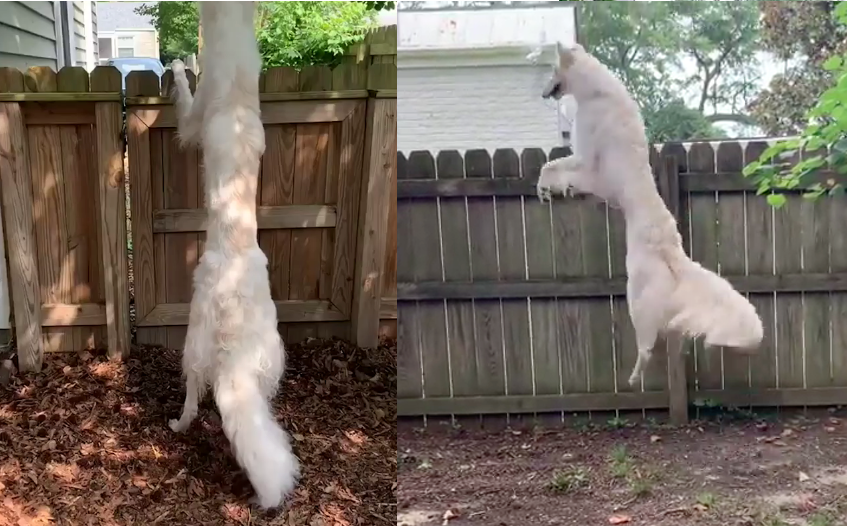 So long they had to do the fence higher.

As the name suggests, Eris is from the Borzoi dog breed, a sight hound that resembles long-haired greyhounds.

She is about one year old and still growing.

“They were originally breeding for show, but her overbite is a little fierce, and she is not a show dog,” Joey Kamburian, Eris’ owner, told the local NBC TV News affiliate.

And what I love most about her is she's from my home town of Richmond, Virginia.

The only cool celebrities on Instagram are dogs. [instagram.com: @eriszoi]

Eris and I enjoyed the gorgeous weather as long as we could yesterday, and got to see both a gorgeous bright blue day and a surreal cotton candy sunset. I’m in love with the colors of spring. ? ——————————————————— #borzoi #russianwolfhound #wolfhound #borzoisofinstagram #borzoilove #floof #dogsofinstagram #rva #sighthound #doggo #instadog #happydog #dogsofig #smilingdog #happiness #dogstagram #cute #ilovemydog #sillydog #longdog #snoot ———————————————————