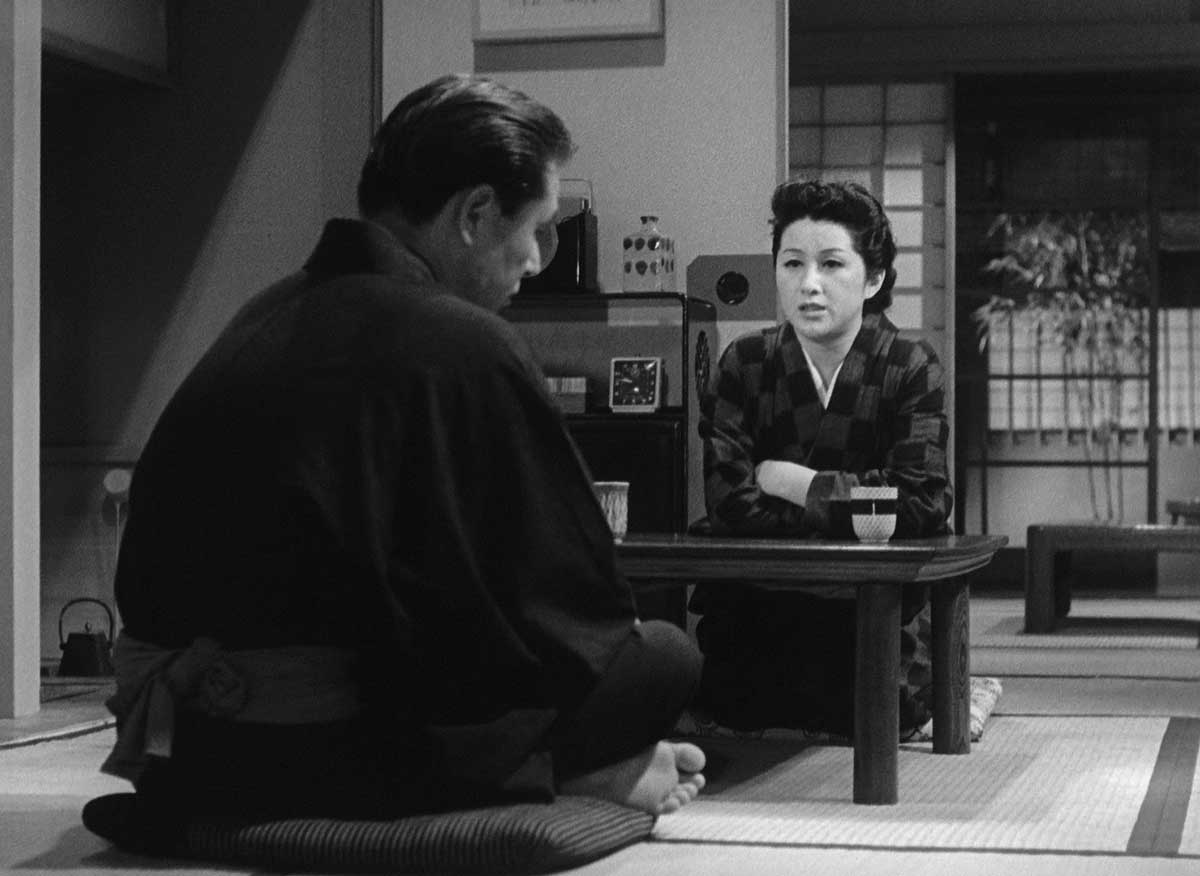 If you live in Los Angeles, I highly recommend paying a visit to Japan House in Hollywood. It's an event and cultural center created by the Japanese Ministry of Foreign Affairs and features art exhibits, lectures, architecture and technology exhibits, and more. Its upcoming "Movie & Bites" event is a perfect reason to visit:

A meal brings people together in more ways than one. As well as nourishing the body with sustenance, a meal can evoke forgotten memories and renew bonds that have weakened over time and distance. In this installment of “Movie & Bites,” a combined screening and culinary event featuring acclaimed works in Japanese film and television, these themes will be explored in The Flavor of Green Tea Over Rice (1952) by legendary filmmaker Yasujiro Ozu.

Taking place in 1950s Tokyo, a wealthy middle-aged couple find themselves growing apart and their marriage slowly disintegrating. Taeko, a sophisticated, city-bred housewife, is bored and resentful of her marriage to Mokichi, a humble and provincial businessman whose simple pleasures include cheap cigarettes and a taste for the unassuming, eponymous dish: green tea over rice (ochazuke). The couple’s marital woes are heightened by the arrival of Taeko’s vivacious niece, Setsuko, whose modernizing ways come into conflict with Taeko and Mokichi’s traditional views. Ozu, a master of observational storytelling, crafts an emotionally powerful yet austere film that shows the gentle unraveling of a marriage, the growing pains of acceptance, and the timorous, hesitant first steps at reconciliation over a mutual understanding of each other’s flaws and humanity.

This event features a discussion with lecturer and filmmaker Brandon Wilson, MFA. Wilson, a fan of Ozu's works who has taught classes on Japanese cinema at Columbia College Hollywood, will share his thoughts on the relationship between food and culture, and how its depictions in cinema reveal insights about everyday lives.

Participants will be served salmon ochazuke and popcorn to enjoy throughout the screening.