Evidence of water observed on exoplanet 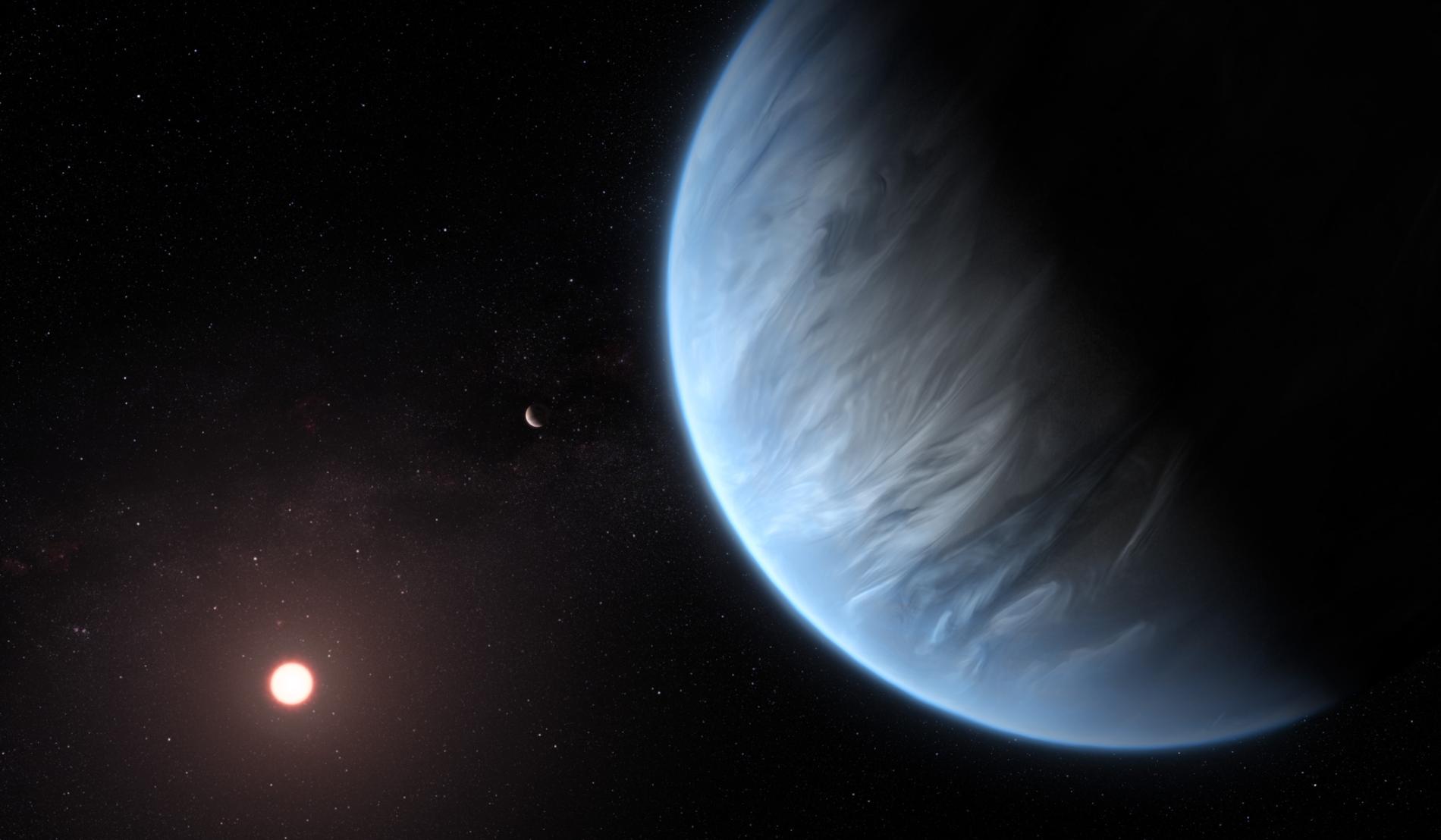 A superearth 111 light years away shows evidence of water vapor in its stratosphere, reports National Geographic. Water on another world.

The discovery, announced this week in two independent studies, comes from years of observations of the exoplanet K2-18b, a super-Earth that’s about 111 light-years from our solar system. Discovered in 2015 by NASA’s Kepler spacecraft, K2-18b is very unlike our home world: It’s more than eight times the mass of Earth, which means it’s either an icy giant like Neptune or a rocky world with a thick, hydrogen-rich atmosphere.

Even at a tenth of the speed of light, that's a thousand-year trip.

The illustration is by ESA artist Martin Kornmesser.