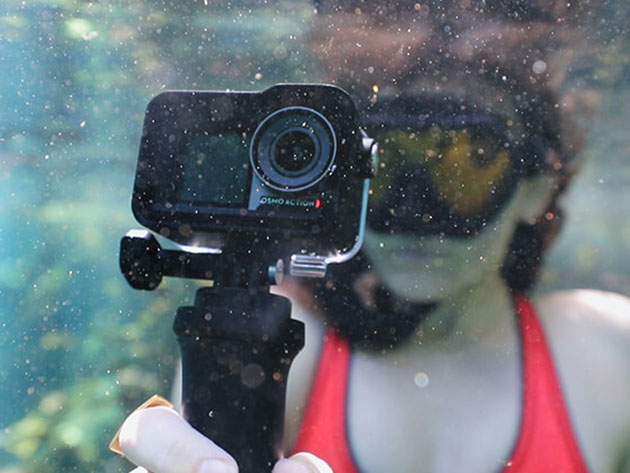 If you're in the market for a stable, durable camera fully suited for first-person video, there's a good chance that you're the adventurous type. So why settle on a familiar name like GoPro? The DJI Osmo Action 4K HDR Camera checks off all the same boxes on the action cam checklist as the GoPro 4K - and maybe a few more.

For starters, you can easily flip back and forth between the front and back cameras on the Osmo. And unlike other cams, you might actually want to use them both. The front screen sports crystal clear video for vanity shots, and on either one, you can take advantage of up to 120 seconds of exposure with custom settings.

In action, it's as smooth as you could wish for. You can record 4K/60fps video at 100Mbps, clear as day in a variety of lighting conditions. And smooth as a studio shot, too, thanks to the algorithms of its RockSteady tech. Tweak the action after your ride with timelapse, 8x slow motion and a range of effects. And with 11-meter waterproofing, it's even up to the challenge underwater.