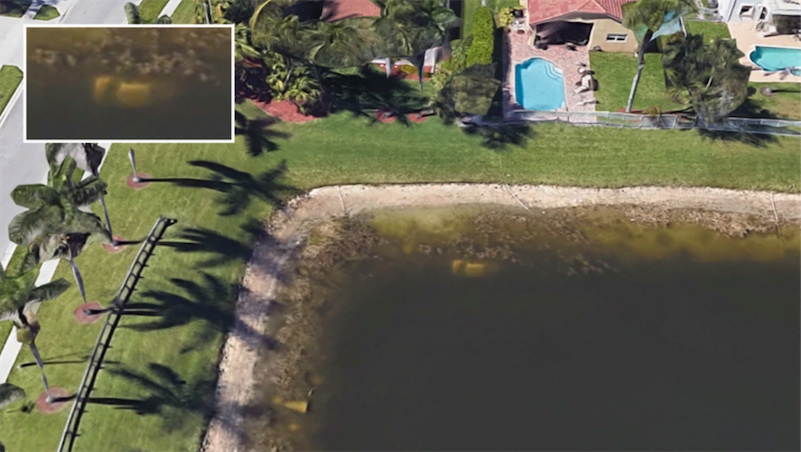 In 1997, William Moldt, then 40, called his girlfriend from a Palm Beach County, Florida bar to tell her he was on his way home. He didn't show up and was never heard from again. Recently though, a former Wellington, Florida was looking at this Google Earth image of their former neighborhood and noticed something curious in a pond. From Palm Beach County Sheriff's Office:

Upon arrival deputies confirmed there was a vehicle in the pond. The vehicle’s exterior was heavily calcified and was obviously in the water for a significant amount of time. Upon removing the vehicle skeleton remains were found inside.

...The remains were positively identified as William Moldt.