Save over 25% on this open source portable gaming console 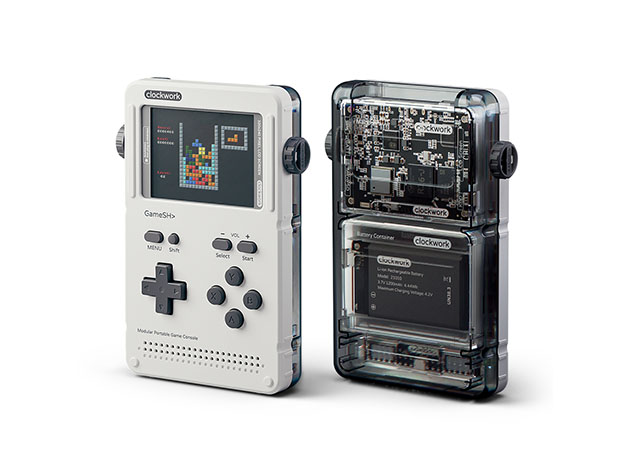 On the one hand, nostalgia is "a corruption of the historical impulse," according to William Gibson. On the other hand, "Super Mario Bros." will never not be cool. Luckily, there's a way to satisfy that retro gaming while still keeping an eye on the future: The GameShell Kit.

This thing is simultaneously the last handheld console you'll ever need and the potential first step into a limitless world of indie gaming and maker culture. It's embedded, open-source GNU/LINUX operating system comes pre-installed with Cave Story, Freedom and more, but can be used to play old-school hits from the NES, Atari, Game Boy, PS1 - you name it. Just hop on to PICO8, LOVE2D or one of several game engines and take your pick of the classics.

And that's just for starters. You can use ClockworkPi to mod your favorite games or fully create new ones. You can even use the customizable keypad on the GameShell as a mini-computer or controller for your own projects. After you get hold of this, any other handheld won't just seem retro - it'll be downright obsolete.