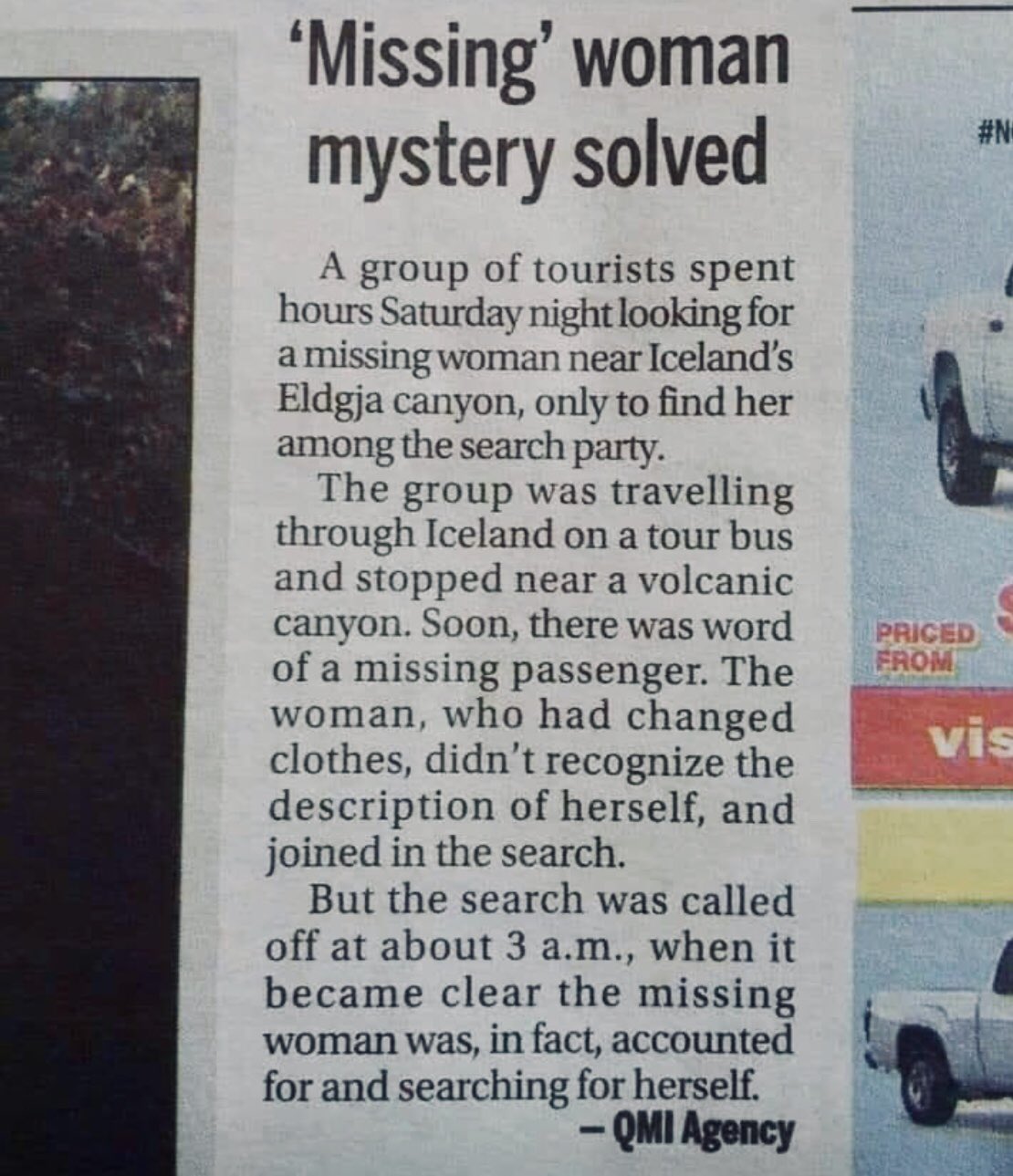 Aren't we all, really, involved in a search party that's desperately hunting to locate ourselves?

I've seen this one making the rounds on Twitter, but The Poke transcribed the news story, in case it's hard to read in the photo above:

A group of tourists spent hours Saturday night looking for a missing woman near Iceland’s Eldgja canyon, only to find her among the search party.

The group was travelling through Iceland on a tour bus and stopped near a volcanic canyon.

Soon, there was word of a missing passenger. The woman, who had changed clothes, didn’t recognise the description of herself and joined in the search.

But the search was called off at about 3am when it became clear the missing woman was, in fact, accounted for and searching for herself.

A dead body sat in a pickup truck for eight months in a parking lot at the Kansas City International Airport before someone discovered it. 53-year-old Randy Potter disappeared January 17, and had parked at the airport that same day. When his family contacted the airport police to report their missing relative and to see […]

On August 15, 1942 Marcelin and Francine Dumoulin stepped out to milk their cows in the meadow. They were never seen again, leaving seven children behind. Last week, their bodies were found on Tsanfleuron glacier. From Brisbane Times: “We spent our whole lives looking for them, without stopping. We thought that we could give them […]