These steel taco holders are a steal 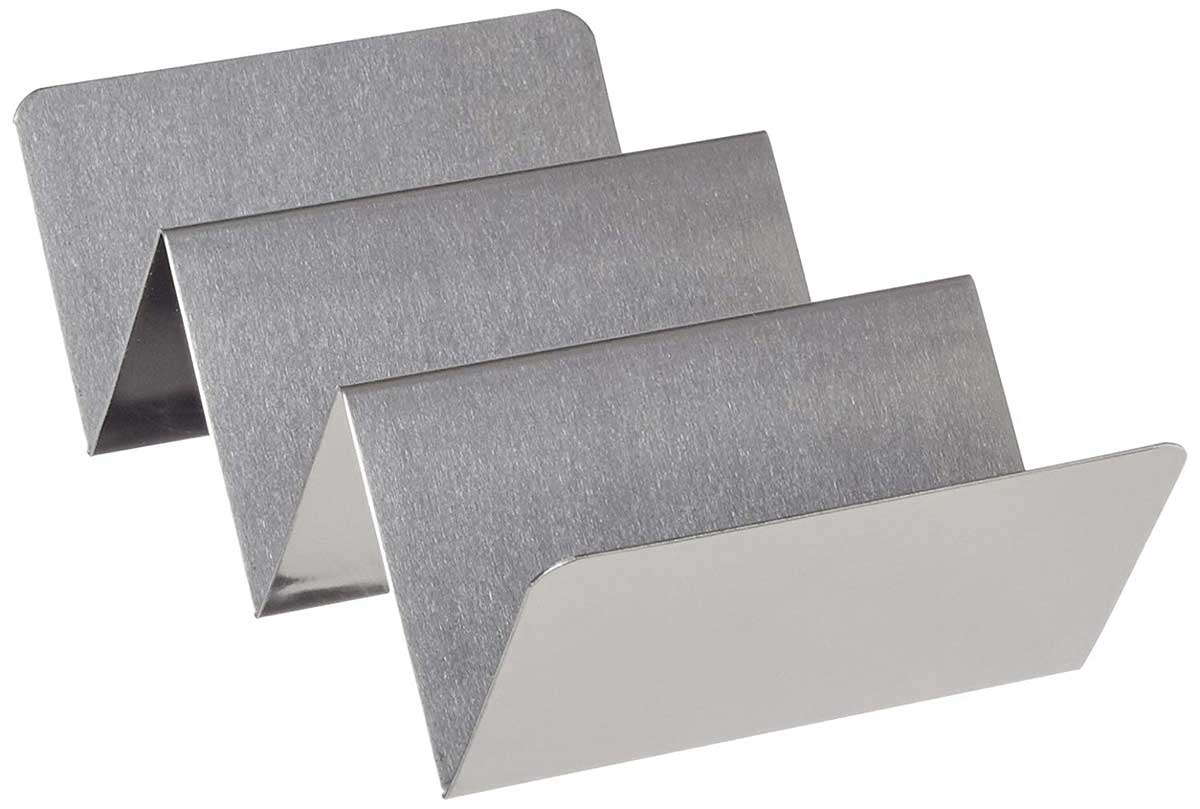 I've been using these steel taco holders for a few years now and they are a big hit with the family. They hold tacos upright, making it easy to add fillings. And when you serve them, the fillings don't fall out. Plus, they are just fun to use. Amazon has them for the sale price of [amazon_link asins='B0081SRYUW' template='PriceLink' store='boingboing' marketplace='US' link_id='92f203da-832f-41ca-9f2d-267ae8f5e47f']