A Malthusian Experiment - Are we doomed? 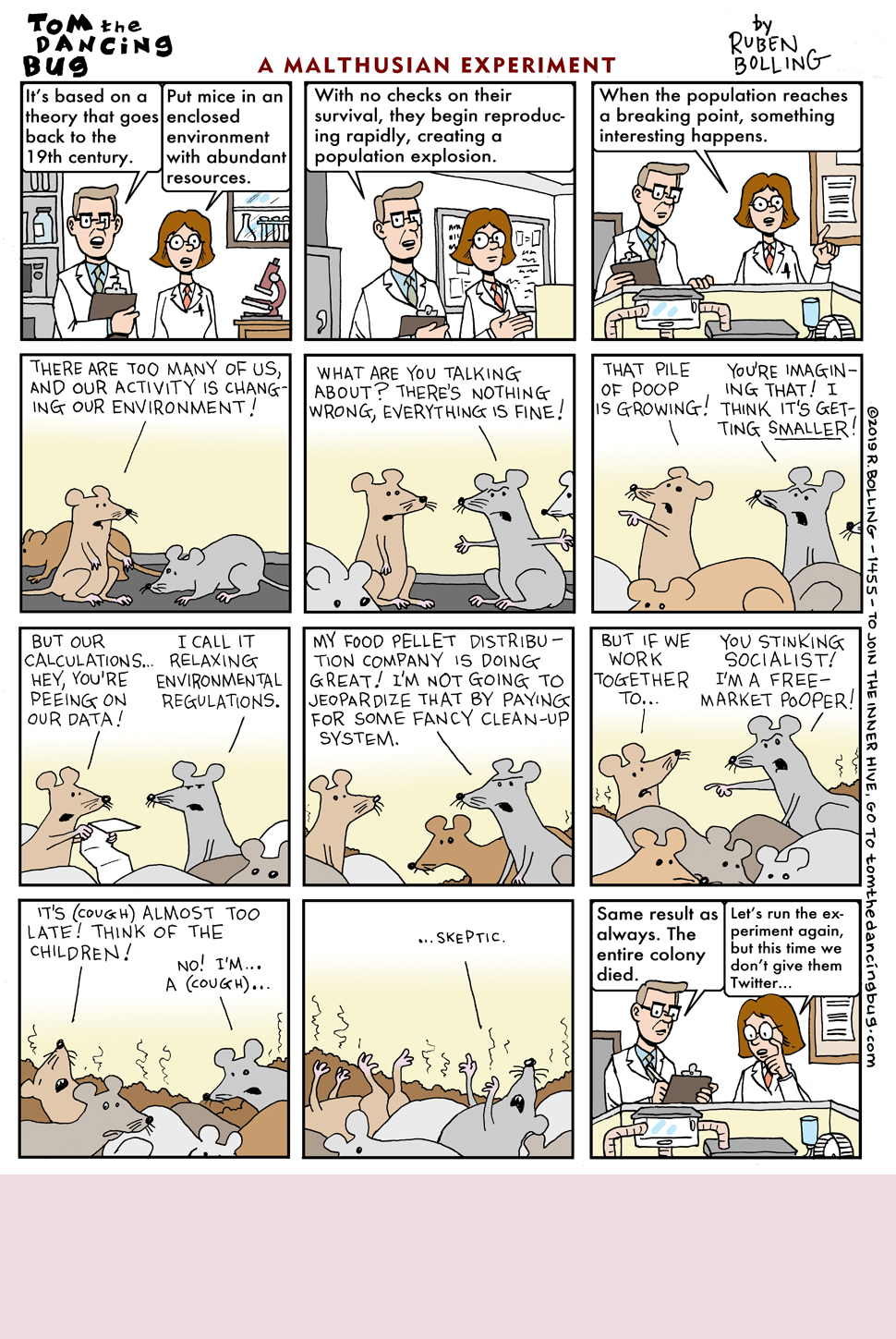 Tom the Dancing Bug, IN WHICH we run a fun an experiment to find out if environmental catastrophe is inevitable