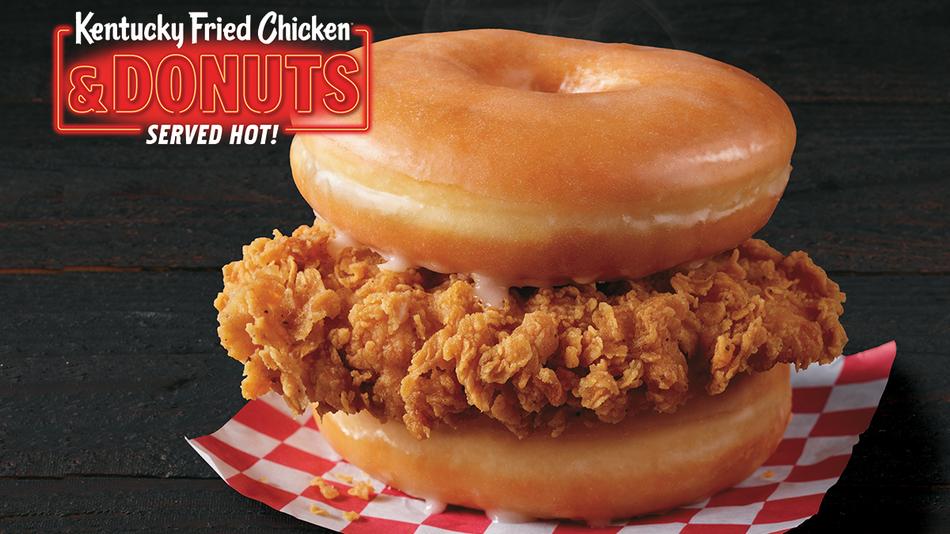 Move over, Popeyes and Chick-fil-A! Fast-food giant KFC is trialing a new menu item in Pittsburgh and Richmond. The Chicken Donut is a slab of deep-fried chicken sandwiched between two glazed donuts.

Consumers are increasingly seeking novel, crave-able flavor combinations that give them the best of both sweet and savory worlds to create a unique taste experience. Through this test market, KFC is evaluating consumer appetite for bringing this growing food trend to its customers on a national scale.

The chicken-and-doughnut meal will cost $5.50 for one doughnut and $7.50 for two doughnuts. The sandwich is priced at $6, or as a combo meal for $8. KFC said customers can also add a doughnut — served hot — to any meal for $1.

KFC said in a press release that it was using the test to evaluate whether customers are craving chicken and doughnuts on a national scale.