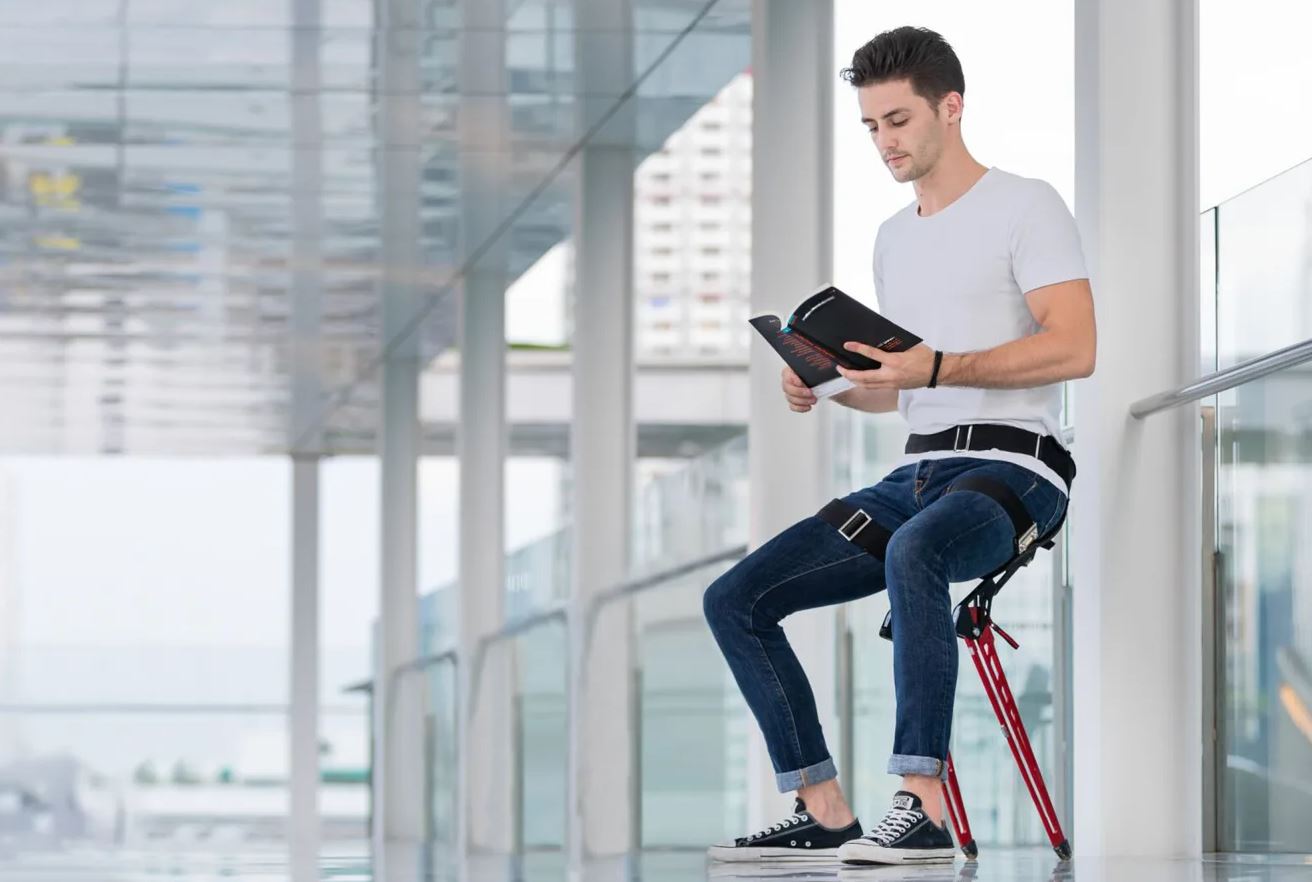 Lex is a "wearable" chair, an apparatus that attaches to your thighs and waist.

The legs are shaped to conform to your legs when you're walking around, but become stable struts when you sit back.

The LEX is a bionic wearable that enhances posture, comfort, and life. It is designed to let you relax anywhere with a perfect sitting posture and protect your shoulders while on the move by making the backpack feels almost weightless.

It was Kickstartered in 2018 and apparently went out, with follow-up rounds on Indiegogo. But I don't see any reviews or even testimonials. Anyone got one? Do you waddle around and suffer crippling back pain?