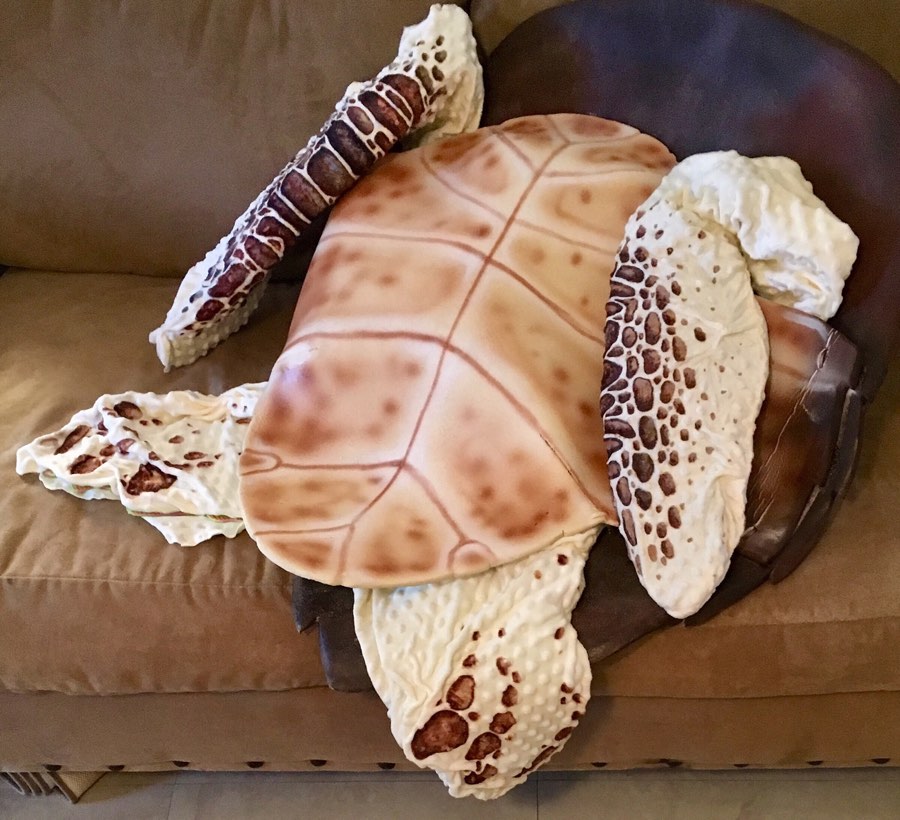 Turtle costumes, all the way down.

“Finished costume chillin on my sofa,” says IMGURian and amazing costume creator tragopandemonium of the image above. “This guy took me three weeks to build.”

And here is the finished piece, worn by the guy on the right.

“I made the shell from shock-absorbing floor mat stuff from Home Depot... the pattern for the curved form seriously threw me for a loop!! D: Ultimately I cut darts in the lines of the actual shell plates - this created the right 3D shape and also hid the seams.”

You've gotta check out the whole gallery, for wonderful step by step on how this thing was built. I am so inspired, and so intimidated.

My friend needed a Turtle costume for a party, so I made this...