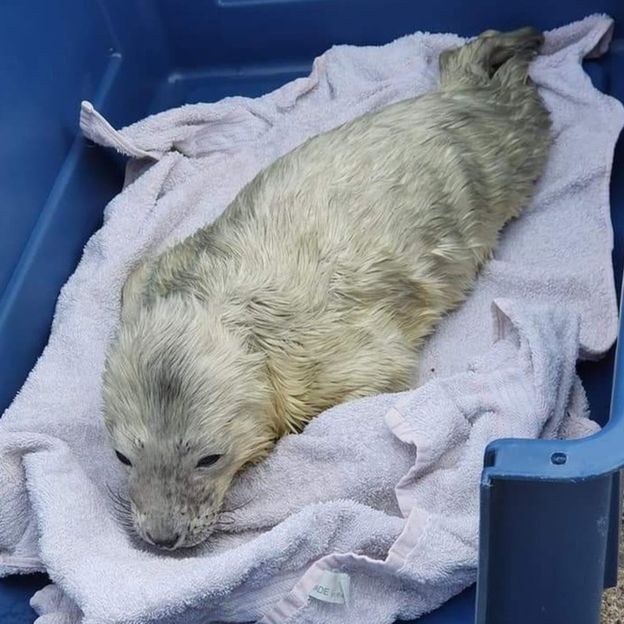 The lost seal pup in this photo, taken by tourist boat operator William McPhee is fine. It was floating unconscious in the water after being parted from its mother, writes the BBC, and was lucky someone chanced across it.

She "would certainly have drowned" if not for their "quick thinking and efforts", a Tynemouth Seal Rescue Unit spokesman said.