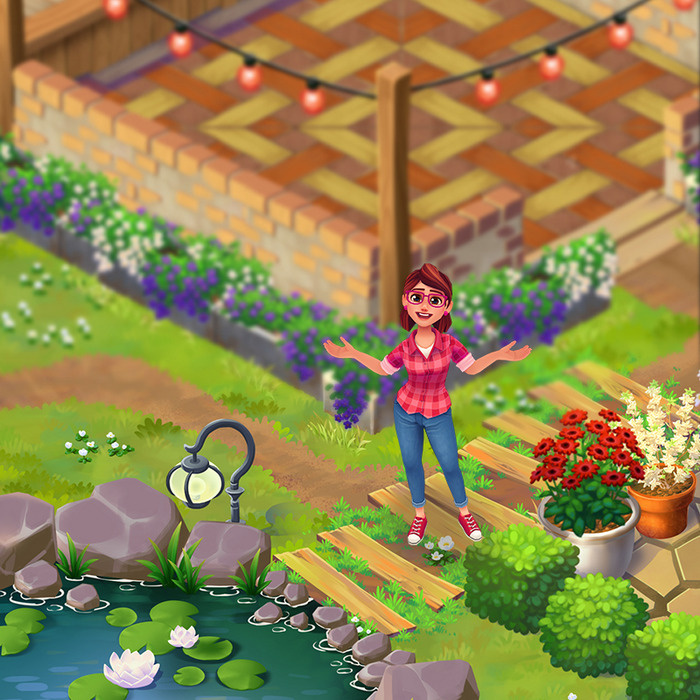 Lily’s Garden is a variant of Candy Crush, a brainlessly addictive match-three smartphone game. The thing that makes Lily's Garden different, says Brian Feldman of New York's Intelligencer, is its bizarre ad campaign, which has Lily telling her friend about the penis size of men she knows, and magically erasing her pregnancy by swiping away the "positive" line on a home pregnancy test.

The reality of Lily’s Garden is even more complicated. For one thing, the fake-pregnancy story line is not present in the game itself. According to Stella Sacco, the game’s writer, those ads were created by a separate team. “All of those are all totally fabricated for, I guess, virality,” she said “And to that degree, I would say that it worked.” Lily’s Garden has a similarly intricate story line, but fans hoping for more information about the Lily from the ads might be found wanting.

Most mobile games are designed to appeal to every demographic on Earth simultaneously. Consider this: what is the narrative of Candy Crush? Nobody knows, it’s just bright colors and harmless shapes. Plus, most games have their narrative crafted to justify the mechanics of that game. For instance, if a developer makes a game where you can just hop into any car in the virtual world, the player’s character might be designated a car thief in the narrative, as in Grand Theft Auto. But according to Sacco, Lily’s Garden and its narrative structure is very deliberately targeted at what I’ll call (non-pejoratively!) “Facebook Moms,” women over 30 who make up the largest audience for these types of mobile games.