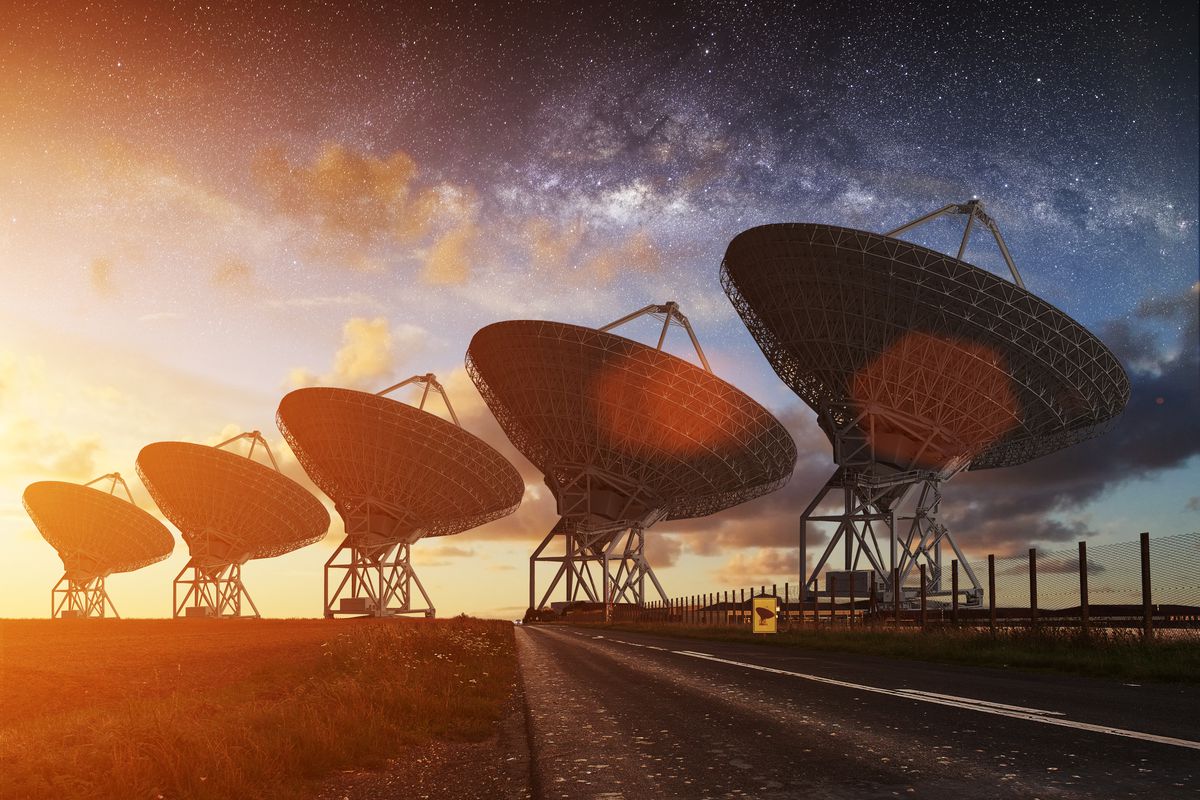 In a rural Nevada desert town, people who get all jazzed up about UFOs on the internet have begun to arrive for a UFO-themed meetup that locals would rather not be hosting.

This area of the desert is home to a U.S. military installation long known as Area 51, which has been the focus of conspiracy theories involving alien life for some time.

In June, Matty Roberts, a college student in California, posted a silly post on Facebook inviting all comers to run into Area 51 on foot to “see them aliens.”

In early September, young mister Roberts disassociated himself from the event that is today descending on Rachel, Nevada, saying it was poorly organized, and that he was afraid it may turn into a public safety crisis.

Excerpt from today's Reuters filing from Rachel, Nevada, a remote desert town of 50 people about 12 miles outside that military base:

When more than 1 million people expressed interest, the U.S. Air Force admonished curiosity seekers not to breach the gates at the military base, which it said is still used to test combat aircraft and train personnel.

About 40 miles (64 km) east of Rachel, another small town, Hiko, Nevada, planned a separate event called “Storm Area 51 Basecamp” at a gift shop dubbed the Alien Research Center. Organizers promised musicians, artists and “prominent ufologists” and by Thursday had sold 3,200 tickets, according to Linda Looney, manager of the shop. “This whole thing has been a shock to this little community,” she said on Thursday, adding that organizers had hired 15 security guards and a private ambulance and ordered 80 portable toilets. “It’s going to be really cool. I’m excited.”

The expected influx of alien hunters prompted Lincoln County, encompassing Rachel and Hiko, to draft an emergency declaration that could be invoked if needed to call in help from the state.

Monica Ion is a London-based concept artist who has designed a number of mobile games for companies like Space Ape Games. And in her spare time, she explores other high-concept designs, such as horror movies rendered in a Pixar-esque style. View this post on Instagram My series of 4 studies of "What if Pixar did […]