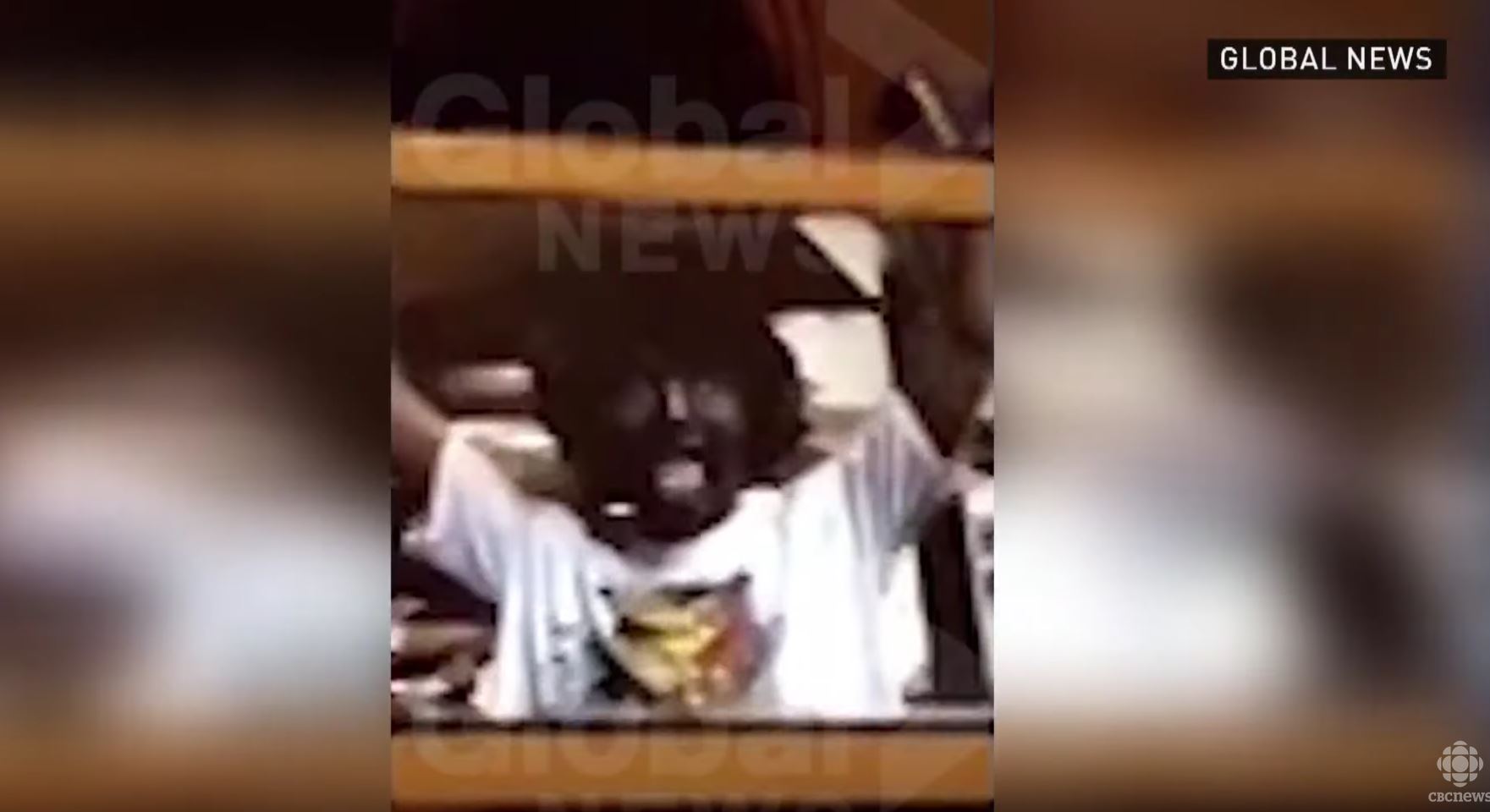 A day after a photo emerged of Justin Trudeau in brownface, as an Aladdin-esque genie at a 2001 party, the other shoe dropped: video of him fully blacked-up in a minstrel wig. The video dates from the 1990s.

The video was shot in the early 1990s, however it’s not clear where it takes place.

The video, obtained exclusively by Global News, shows Trudeau covered in what appears to be dark makeup and raising his hands in the air while laughing, sticking his tongue out and making faces. He’s wearing a white T-shirt, and his jeans are ripped at the knees. It appears as though his arms and legs are covered in makeup as well.

You can't trickle-truth when you don't control the faucet.