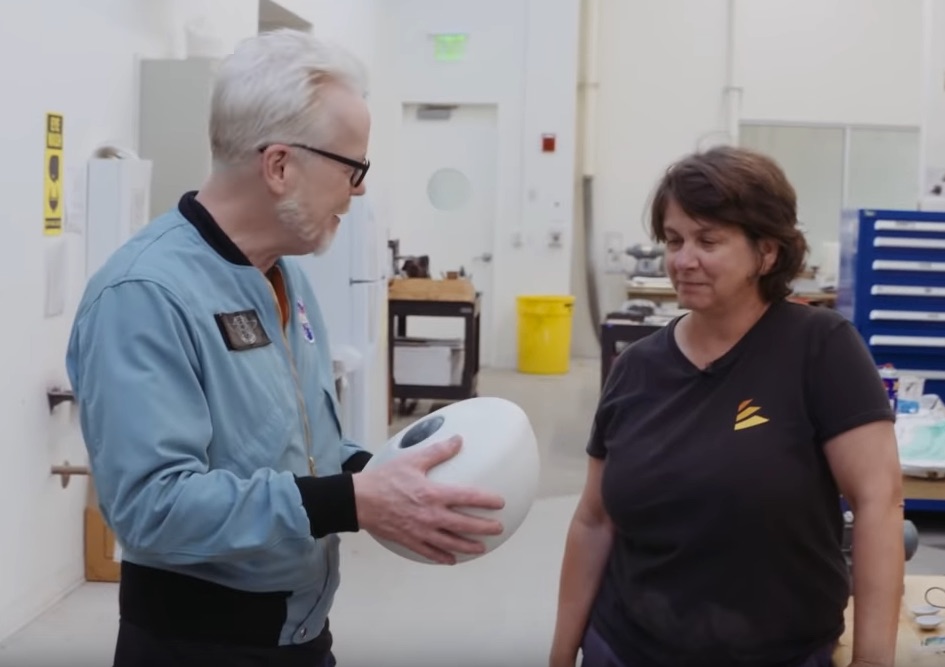 While Adam Savage was in DC recently for the Apollo 50th Anniversary celebration (and to do the final assembly on the wonderful Project Egress NASA escape hatch project), he visited the Smithsonian's Office of Exhibits Central (OEC).

In a series of videos, he talks to Chris Emo, Head of Production, Carolyn Thome and Chris Hollshwander of the 3D imaging and model-making studio, John Powell, one of their exhibit developers and writers, and he tours their shops. He also talks to OEC's director, Susan Ades, about the challenges she and her team face in doing such far-reaching and complex work for so many different museums with such a diverse number of exhibit needs.

Adam is such a smart, passionate, and engaged human intelligence unit. He asks thoughtful questions and he really understands the complexities these artist/engineer/curators are dealing with.

He may have gotten more than he bargained for, at the end of his chat with Susan Ades, when he asks about the object that she's handled in her work that moved her the most. Her heartfelt, emotional response really drives home how devoted these people are and how important their work is. No spoilers. You'll have to watch.

These interviews sparked some of my own memories because I took the exact same VIP tour four years ago as a Make: editor. I was really inspired by the whole experience and think back on it frequently and fondly. Here is the piece I wrote for Make:.

Update: Tested.com posted yet another departmental tour at OEC, this one of the graphics department.

[In the screen cap image above, Carolyn Thome shows Adam a model of a giant squid eyeball.]