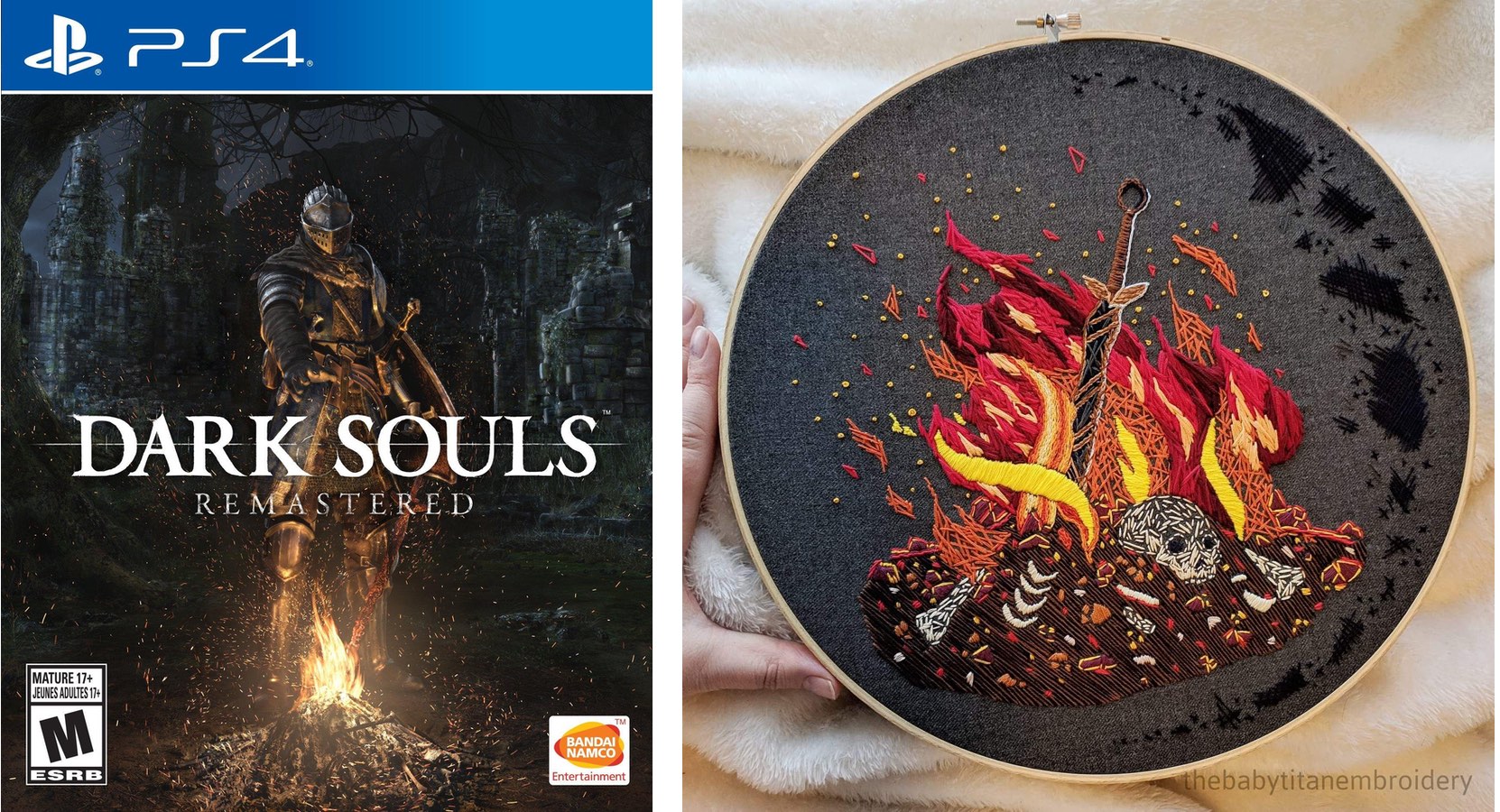 “Made it for my husband.”

All I can say is I'm amazed that this took only 60 hours!

Back to working on this bad boy. Happy with the flames, not so sure what to do with the sword lol. #embroidery #embroideryart #fibreart #fibreartist #stitchart #stitching #needlework #needlepoint #skull #sword #darksouls #darksouls3 #ds3 #nerd #nerdshit #WIP #workinprogress #art

A post shared by The Baby Titan Embroidery (@thebabytitanembroidery) on Jan 18, 2019 at 8:16pm PST

This took forever! One of the first original designs that I started! The Bonfire from Dark Souls for my handsome husband! This one took a while because it is HUGE (14" hoop I think) and it was entirely experimental and I really had no clue what I was doing! Very pleased though! #embroidery #embroideryart #fibreart #fibreartist #stitchart #stitching #needlework #needlepoint #monogram #monogramembroidery #handmade #handstitched #handstitchedart #gift #darksouls #darksouls3 #ds3 #bonfire #darksouls3bonfire #ds3bonfire #playstation #gamer #dmc #dmcembroidery

A post shared by The Baby Titan Embroidery (@thebabytitanembroidery) on Feb 7, 2019 at 12:53pm PST