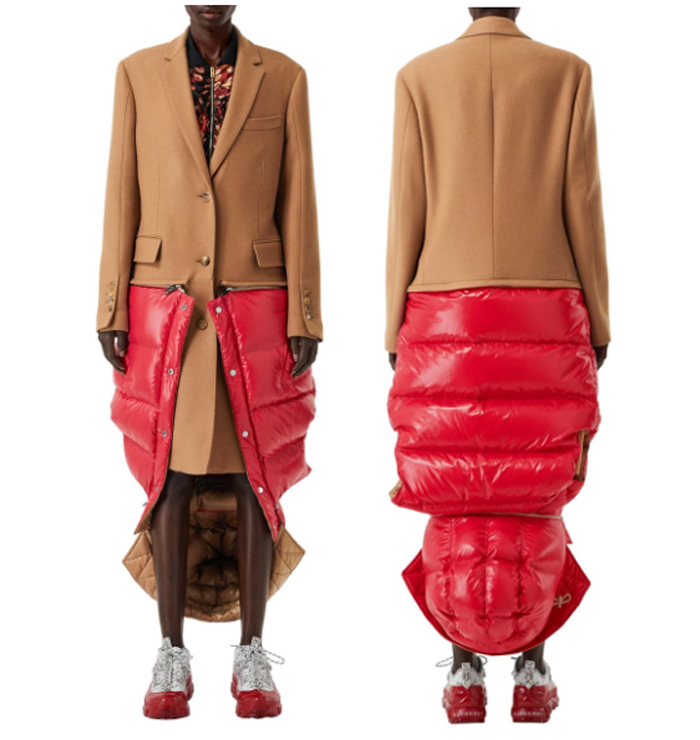 Described as a "posh mash-up of uptown and downtown," this Burberry outerwear offering is just downright weird. It combines a classy women's camel hair coat (the "uptown") with a red/taupe puffer vest (the "downtown," which is inexplicably attached upside down with a zipper to the coat).

Now, I don't pretend to follow fashion but this seems like a strange thing to do to a perfectly good coat. What makes it even more unusual? Its price. It's available at Nordstrom as the "2-in-1 Camel Hair Coat with Reversible Puffer Vest" for $3,790 and on the Burberry site as the "Camel Hair Tailored Coat with Detachable Gilet" for the same price.

One suggested way of wearing it