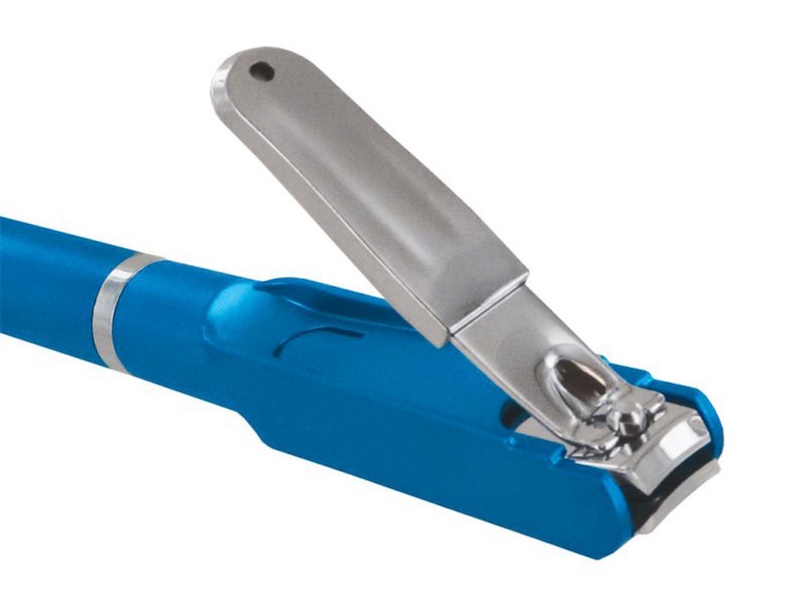 This ingenious device is called the "Make Your Co-Workers Hate You Pen." I would not use it publicly but I would use it. I'd definitely use it. From Perpetual Kid:

WARNING: You will lose friends! You may lose your job! HR will start requiring closed toe shoes in the office! Don't even think about doing this in a library!

And Amazon has a different version that folds up into a keychain!