Enjoy being an unpleasant goose in Untitled Goose Game 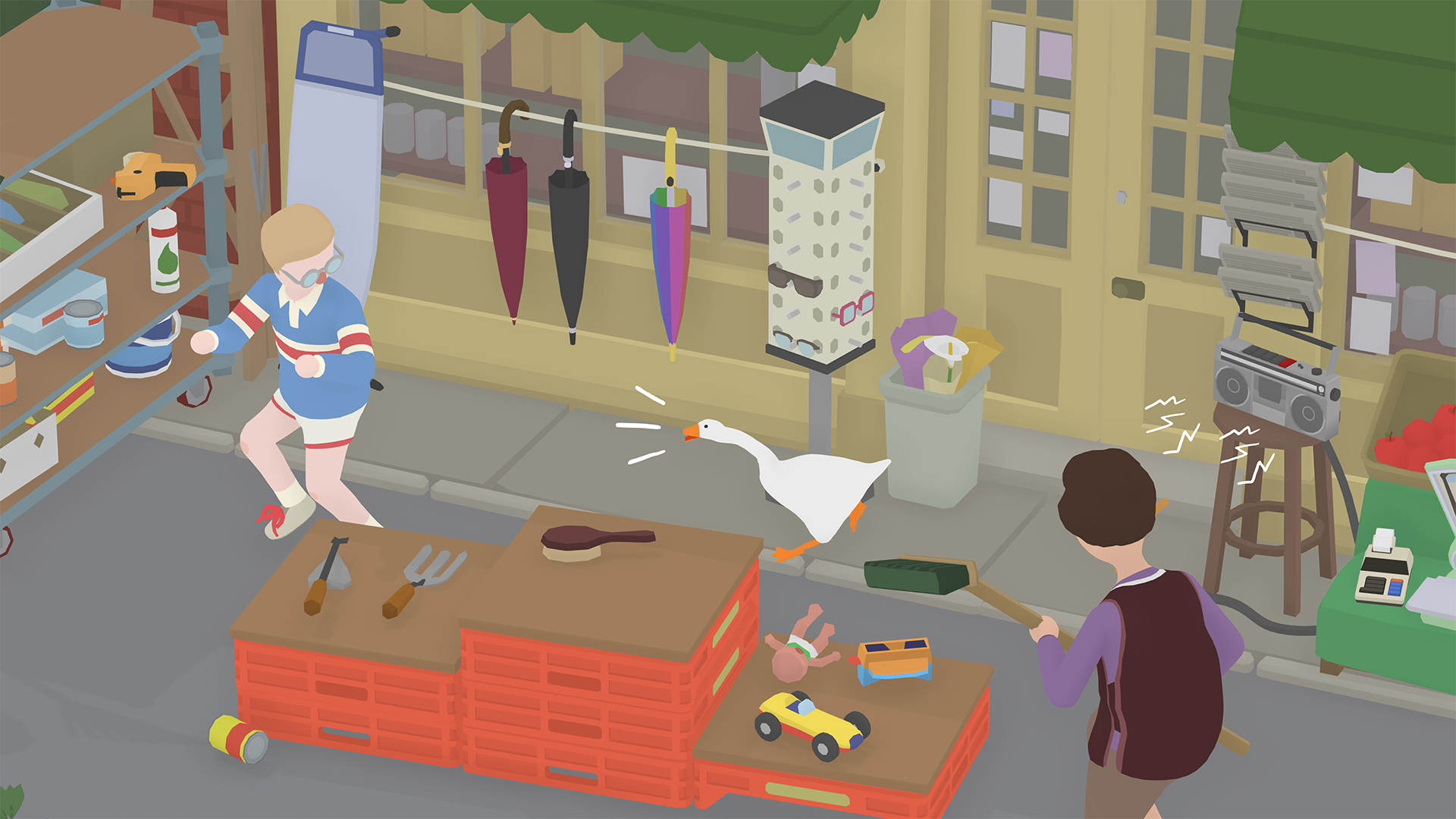 In Untitled Goose Game, you are the goose: an irascible, annoying, hostile bird waddling around the environs of your pond, attacking children and ruining things.

It's a lovely morning in the village, and you are a horrible goose.

Makes me think of a cross between Katamari Damacy and Postal. It's made by Aussie developer House House -- Jacob Strasser, Nico Disseldorp, Michael McMaster and Stuart Gillespie-Cook--and published by Panic.