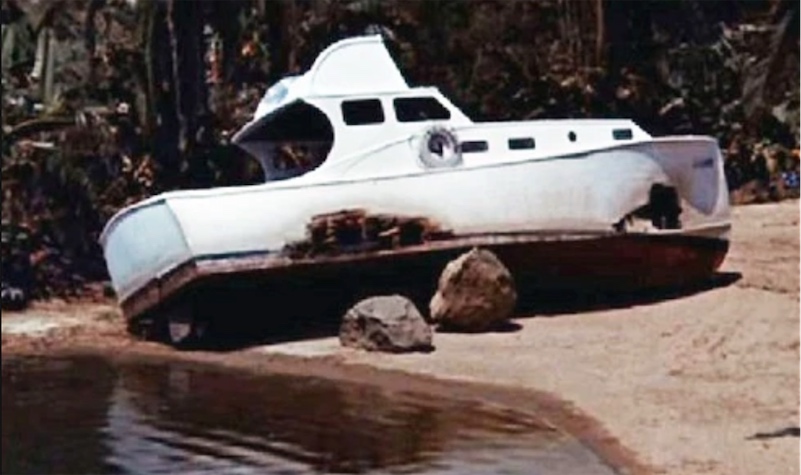 On May 9, 1961, Newton N. Minow, the recently-appointed Chairman of the Federal Communications Commission (FCC), gave one of the most famous speeches in American history. Appearing at the 39th Annual Convention of the National Association of Broadcasters (NAB) in Washington, D.C., Minow decried the "vast wasteland" that television had become and demanded that the networks take more responsibility for the content of the shows they aired.

Almost overnight, Minow's address caused every facet of television production to be rethought and reshaped. In Sherwood Schwartz's estimation, this retooling sounded a death knell for programming independence and integrity:

"The year [that I began working on Gilligan's Island] was 1963, and the three networks were already beginning to use the dictatorial power Newton Minow, Chairman of the Federal Communications Commission, had handed to them." Mr. Minow's famous "vast wasteland" speech, in 1961, at the NAB convention, was brought on by the quiz show scandals, payola investigations and the general low esteem in which television was held. Unintentionally, probably, that speech had a far more devastating impact than the conditions he was criticizing. In effect, the chairman of the FCC, speaking for the government, took the position that the networks were responsible for everything they broadcast. The shocking aftermath of that designation of responsibility by Mr. Minow and the FCC gave ABC, CBS, and NBC absolute authority over everything that comes into your living room on network television.

To "punish" Minow for what he had wrought, Schwartz decided to name the show's ill-fated ship after him.