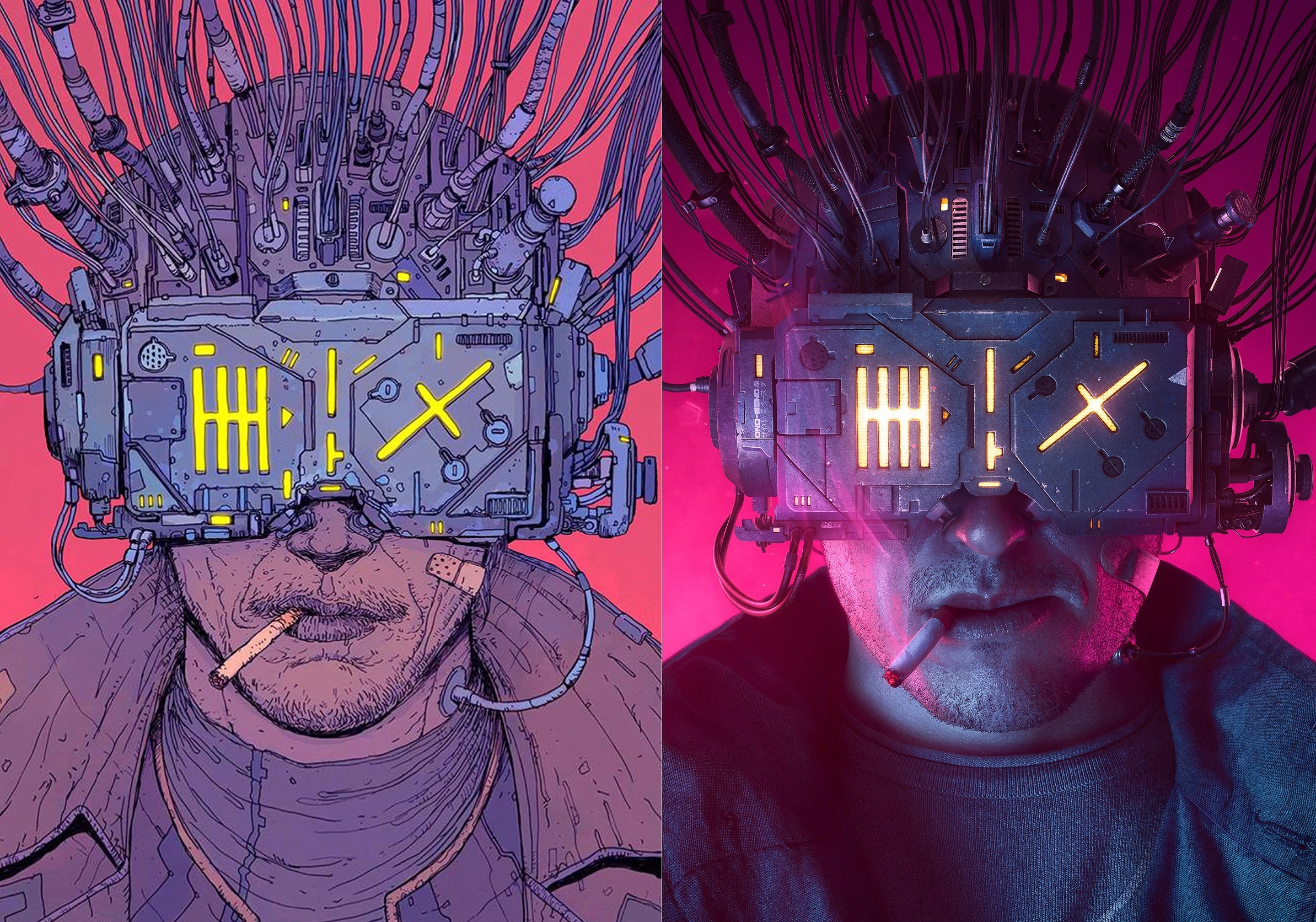 On the left is Josan Gonzalez's illustration of Case's headset for the Brazilian edition of Neuromancer, and on the right is a 3D-version created with Blender and Photoshop.  Using this Instagram filter, you can wear the headset (with visor up or down).

(via William Gibson and Vinicius Imbimbo.)