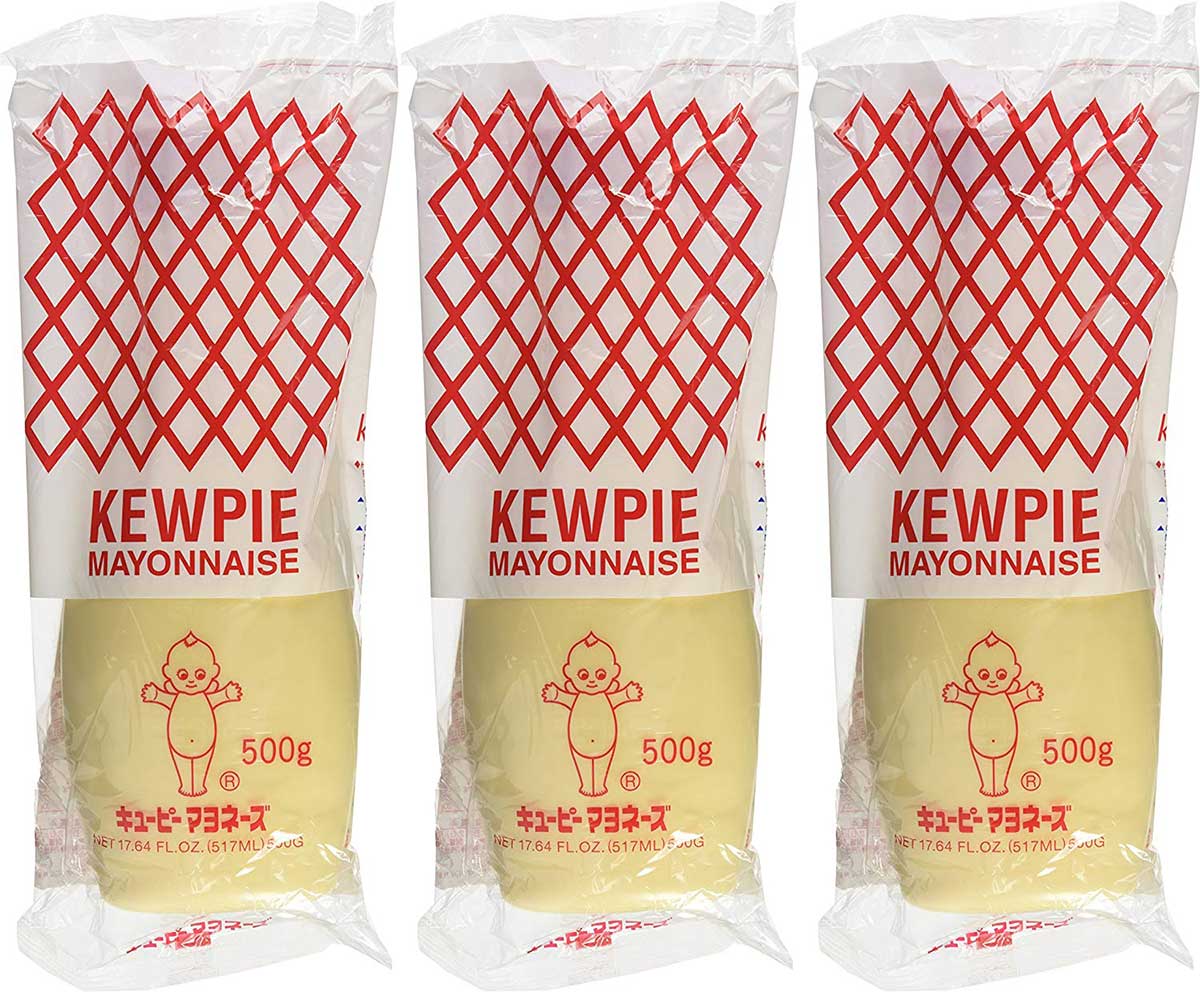 I've been accused of being partial to Kewpie Mayonnaise because of its retro packaging, but that's only partially true. This is the best mayo I've ever had. Chalk it up to extra egg yolks and the MSG. It's made in Japan,  but you can buy a 3-pack on Amazon for just

$20.93. If you are making okonomiyaki (crepes with noodles, cabbage, pork, and egg), it's essential.