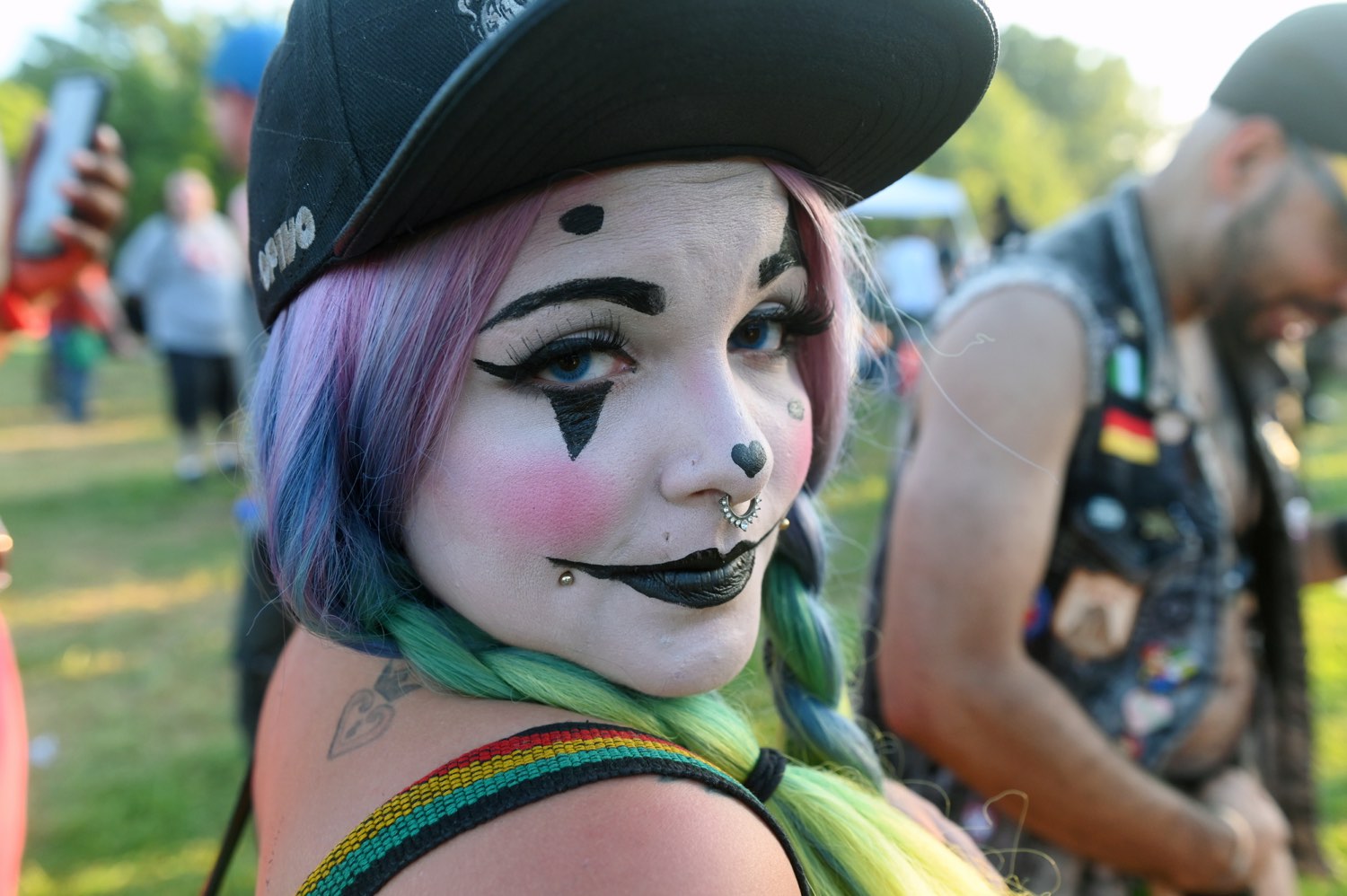 Editor's note: Nate Igor Smith [@drivenbyboredom] is a photographer with a knack for capturing the inner worlds of cultural outsiders. He has a curious eye that wanders to weird places, The Gathering of the Juggalos. We're kind of obsessed with juggalo culture over here at Boing Boing, as you can see from our archives.

Nate shot these amazing images at the 20th Annual juggalo-fest, and we asked him to share what it's like, and why he keeps going back.

Here's Nate, in his own words, with his photographs. — Xeni Jardin

After my 5th Gathering of the Juggalos, I told myself I was done photographing juggalos.

How many photos of midwestern clowns could I possibly take?

Five years later, I was photographing my tenth consecutive Gathering.

I was telling the friends I had met over the years that this was my last one.

I had to photograph the 20th anniversary, and then I could finish my book and I would retire, but by the last day of the festival I realized that I’d be back.

The Gathering of the Juggalos is heaven for a photographer.

Everywhere you look, something crazy is happening. People are juggling knives or setting of fireworks or pulling down their pants because another juggalo shouted “SHOW ME YOUR BUTTHOLE!” at them.

Yeah, that’s a real thing that happens, and it happens often.

Oh, and a lot of them are wearing clown makeup.

Juggalos are the only musical subculture that have been classified as a gang by the FBI. They’ve been maligned for decades, but I think in recent years people have come around to them, and realized, if nothing else, they know how to have a good time.

The 4 day festival goes starts at noon every day and goes until 5am, although people don’t spend a whole lot of time sleeping even during the few hours when there are no specific organized activities.

The few security guards there mostly exist to keep people from sneaking in or getting back stage and the laws of man don’t really apply inside of the Gathering.

Whatever you want to do, you can do. And the best part is, no one will judge you for it.

Many Juggalos have been mocked their entire lives and the Gathering is a place where they can go and be themselves around people who love them for them, even if that person is a psychopathic serial killer clown.

There is no judgement and total freedom and the whole thing leads to the most fun a person could possibly have, assuming they don’t get badly injured in the process.

The decade I have spent documenting juggalos has been a hell of a ride and even when I finish my book I have a feeling I will have a hard time staying away.