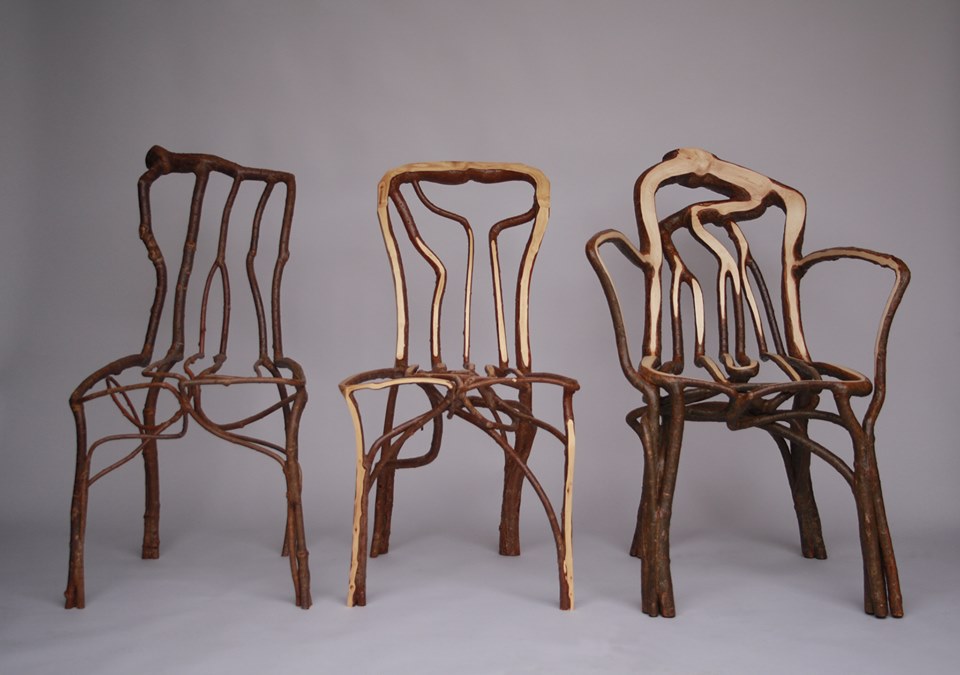 Gavin and Alice Munro are serious about sustainability. On a two-acre field in England's Midlands, they're growing trees that are trained into forming the shape of furniture, including chairs.

A complete dining room set takes about a decade to grow, but they'll sell you items that are pre-grown in an online shop.

“The couple have a furniture farm in Derbyshire where they are nurturing 250 chairs, 100 lamps and 50 tables,” Reuters reports. “ It is their answer to what they see as the inefficient and carbon-heavy process of cutting down mature trees to create furniture.”

“Instead of force-growing a tree for 50 years and then cutting it down and making it into smaller and smaller bits ... the idea is to grow the tree into the shape that you want directly. It’s a kind of zen 3D printing,” says Gavin.

There's a shop for pre-grown items. Shut up and take my money.