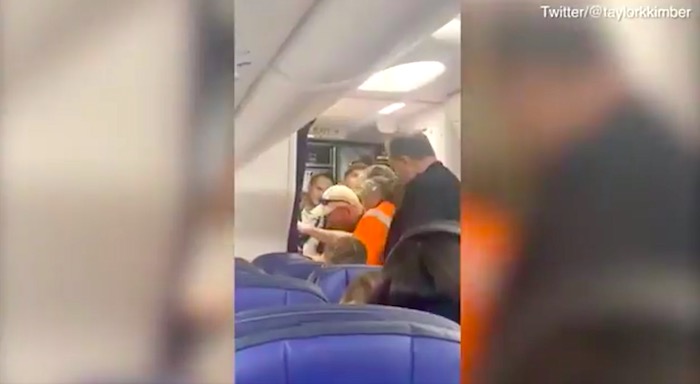 When a woman on a United Airlines flight was finished using the loo, she realized she was trapped. The door wouldn't open, even with the help of flight crew members. So the plane, flying from Washington DC to San Francisco, made an emergency landing in Denver.

The passenger was safely freed from the bathroom once the aircraft landed. It's not clear how long the customer was trapped.

Well folks it’s never a dull moment on @united , we have to make an “emergency landing” in Denver because a passenger got stuck in the bathroom. You can’t make this up...also the Wi-Fi is crappy and there is no way for me to charge my phone, happy travels. #unitedairlines pic.twitter.com/FHieakiO7Z

A video posted on Twitter shows several people trying to open the jammed door. A spokesperson for the airport said the Denver Fire Department responded to the scene to assist in getting the passenger out.

There's never a dull moment when flying the friendly skies.

A United Airlines flight traveling from Munich, Germany to Newark, NJ had to make an emergency landing at London Heathrow Airport after several passengers complained of feeling light-headed and nauseous after food was served. Paramedics came on board and took one passenger off the plane. According to American Council on Science and Health: One individual […]