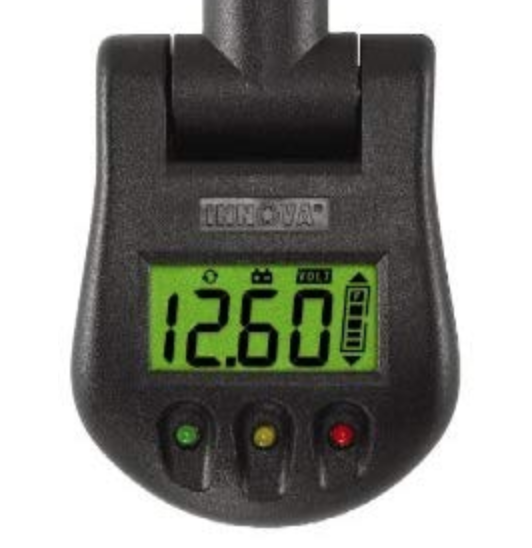 Almost every time I start my 1987 Vanagon I plug in this voltmeter, and watch the voltage drop as I start the car. It goes right into the cigarette lighter plug. I watch to make sure the battery doesn't drop below a healthy level while starting. 10.5 is about as low as it should read.

Earlier this week, returning to my bus with a bag full of groceries, I put in the meter and turned the key. The meter ready 12.7v. That is healthy. Turning the key didn't drop the voltage at all, and there was no sound coming from my starter. The fuel pump, tho, I could hear.

I tightened up all the contacts on the starter, checked a few things up at the dashboard (there is a ridiculous "do not start" switch in the automatic transmission's shift-lever box) and magically the current would drop to 12.4 and the starter made a little click. Clearly there was juice in the battery, but it wasn't getting to the starter.

Corrosion and old wires were the culprit. Some clipping and solder later, now the car starts up great.

I keep this fine tool in each of my cars. I keep a real multitester under the seat of my motorcycle.

Salt air is a real pain in the ass.