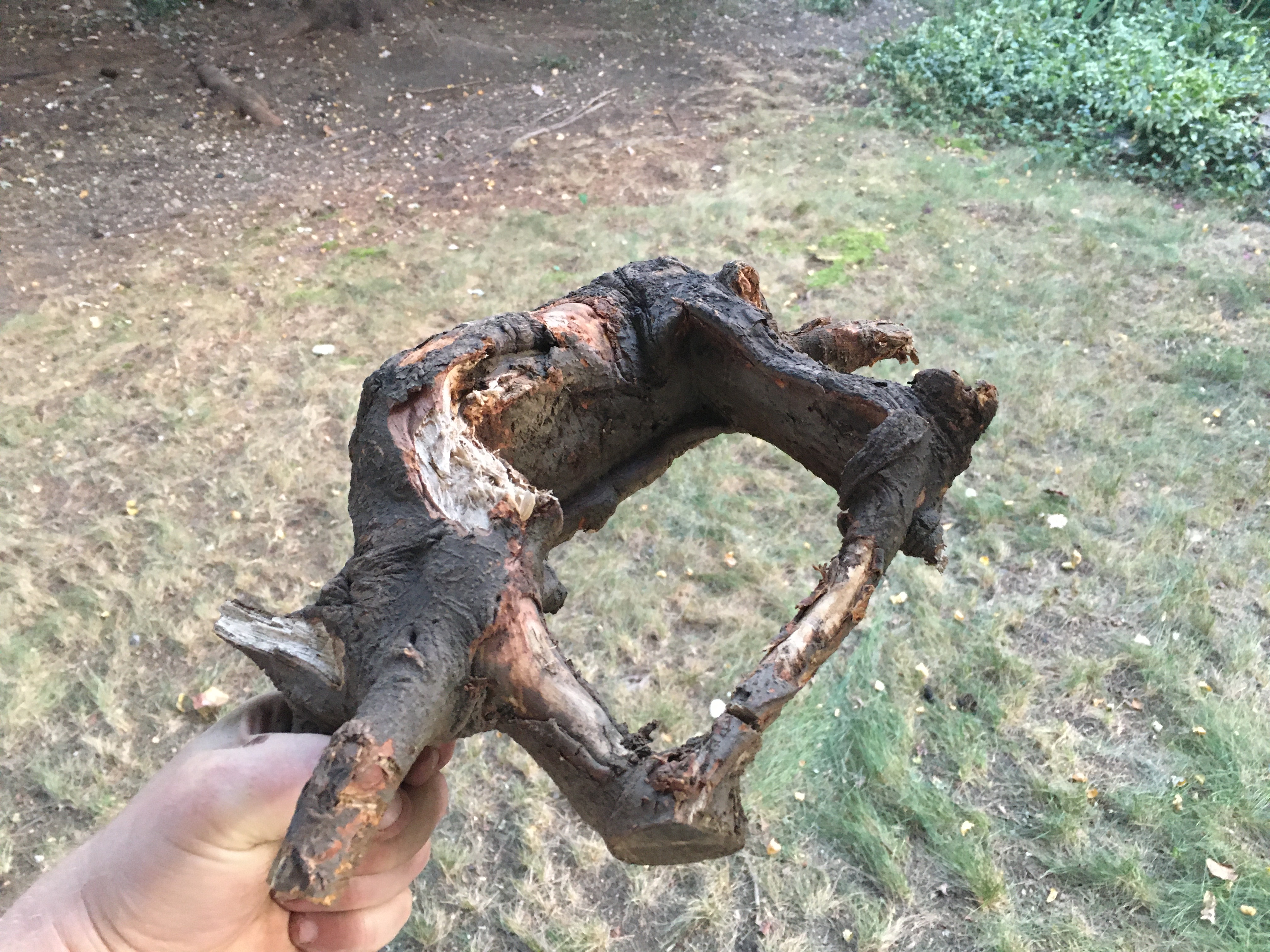 Silver maples are evil, obviously, but I was enchanted by one root's complete embrace of a brick in my back yard. Liberating the brick meant liberating the root first, and I feel such a mildly interesting chunk of cellulose and lignin deserves more than fire. But what, exactly? It is too large to serve as the handguard of an ecologically-conscious sabre.