A Calvinesque and Hobbesian look at a whistleblower 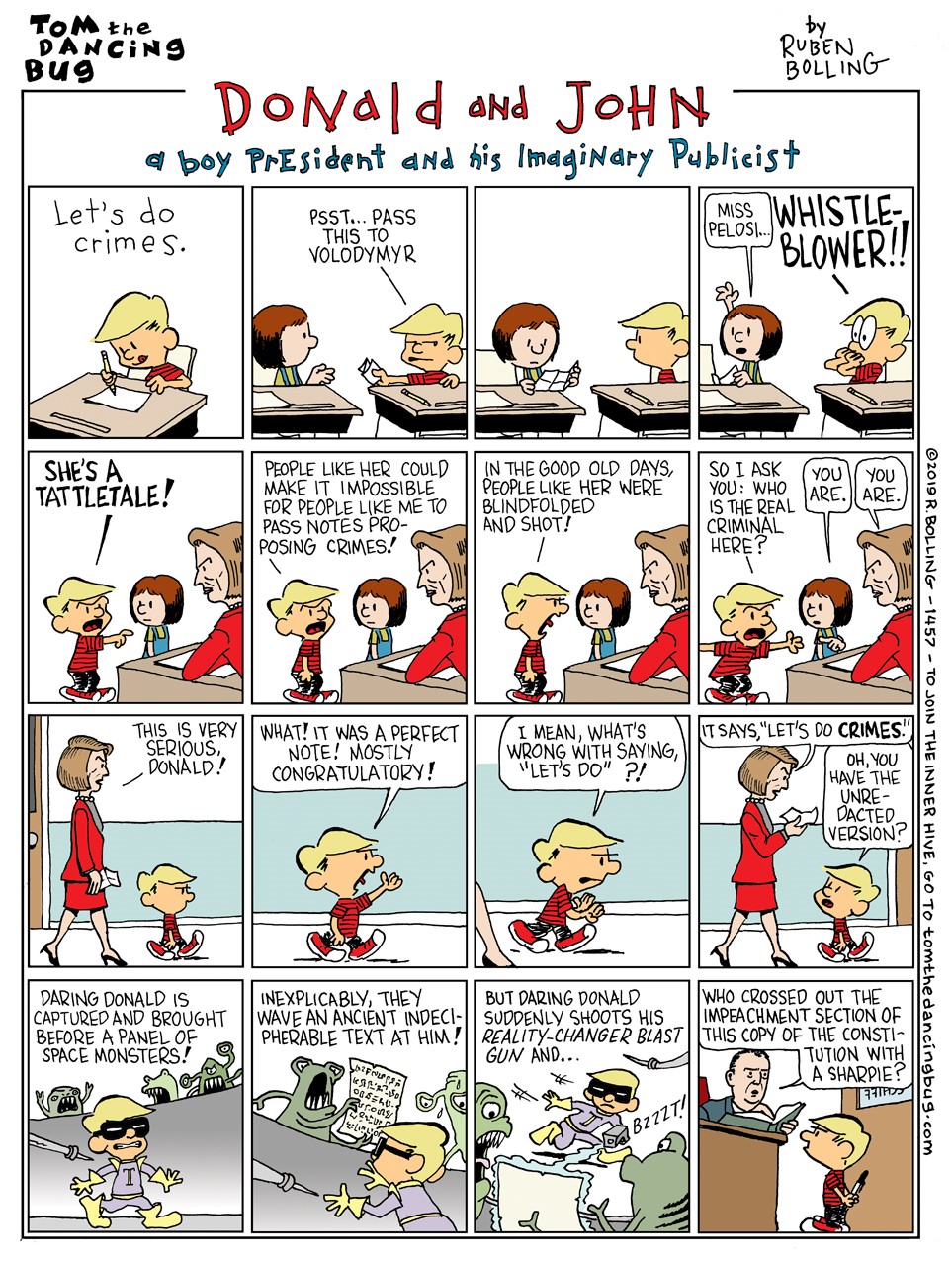 Tom the Dancing Bug, IN WHICH spunky little Donald is harassed by the most unfair witch hunt in history just because he got caught being doing crime

YOU CAN join Tom the Dancing Bug's INNER HIVE! Be the first kid on your block to see each week's comic, get extra comics, sneak peeks, insider scoops, and lots of other stuff! JOIN THE TOP COMICS SUBSCRIPTION CLUB TODAY!

YOU MAY read more Tom the Dancing Bug comics on Boing Boing!