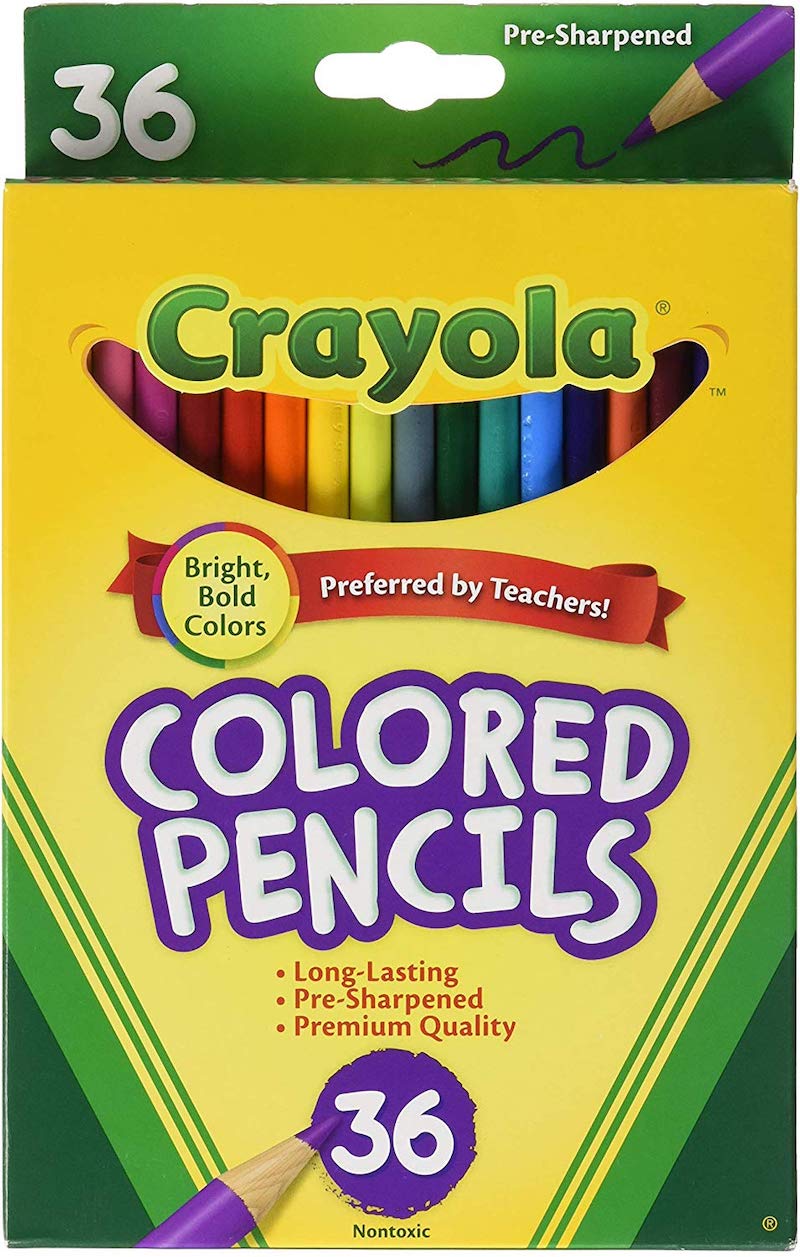 I keep a pack of Crayola colored pencils in my bag.

This is a good deal the 36 pack for about the price of the 10. I keep a pack in my travel carry-on, incase I am overcome by the urge to sketch something.

My ability to draw anything is very limited, but not by the pencils.