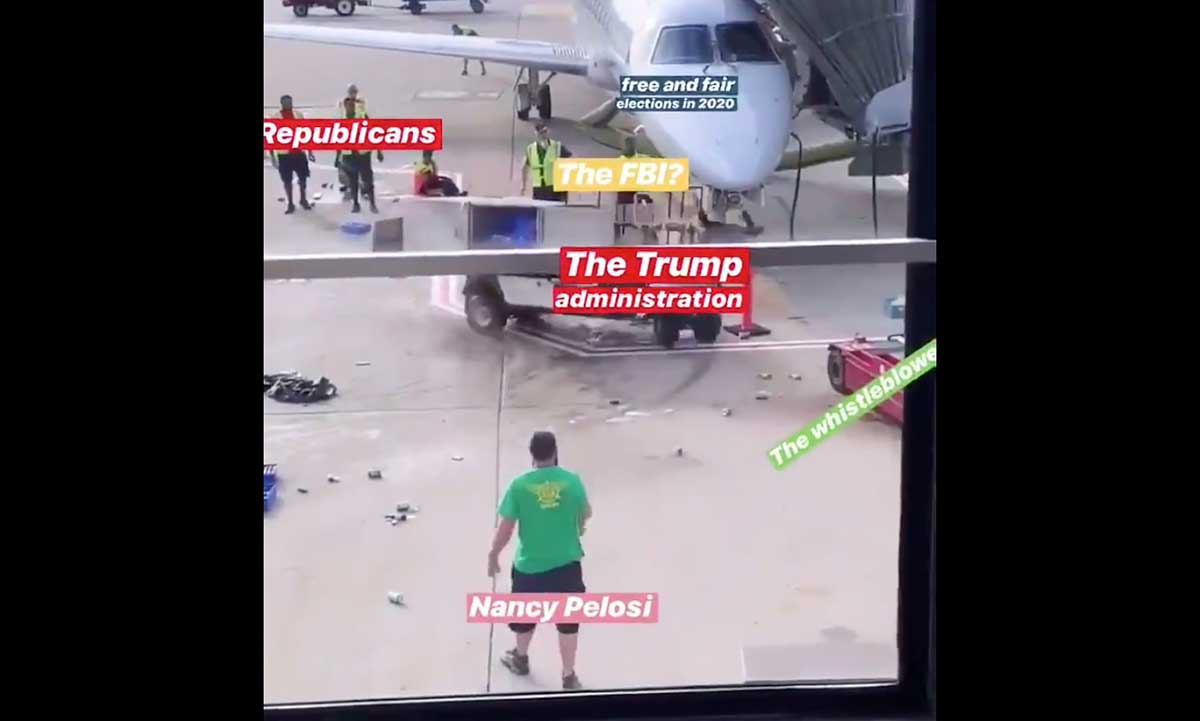 Here's the state of U.S. politics, starring the runaway airport cart as the Trump administration.