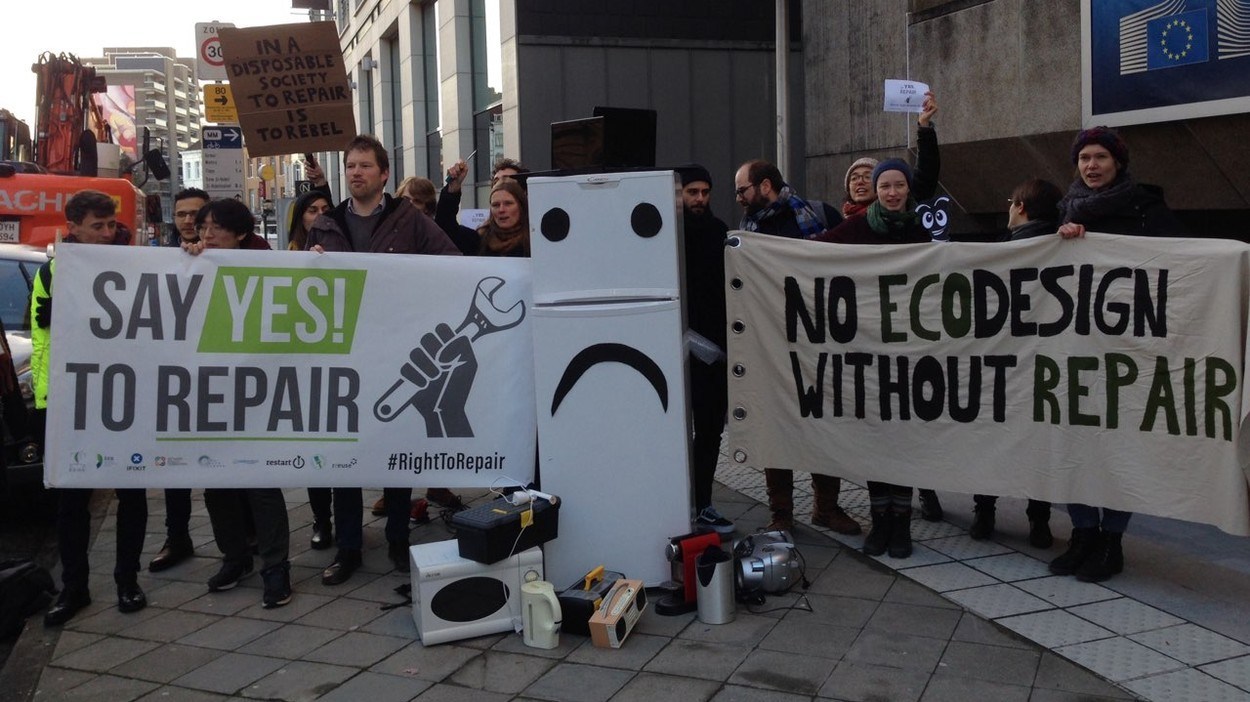 Last year in the USA, a corporate coalition led by Apple killed 20 state Right to Repair bills (Massachusetts subsequently passed a ballot initiative that accomplished the same rules without having to pass the corruptible legislature), but in the EU, Right to Repair advocates have made enormous strides, and now the European Commission has adopted rules (coming into effect in 2021) that require manufacturers of lighting, washing machines, dishwashers and fridges to make parts available for a minimum of 10 years after the item is manufactured, and to design appliances so that parts can be easily replaced with standard tools.

However, even the EU is not immune to corporate lobbying, and the initial, expansive EU rules were watered down prior to adoption, limiting the right to repair to authorized service centers, and excluding the owners of appliances themselves.

Under the European Commission's new standards, manufacturers will have to make spares, such as door gaskets and thermostats, available to professional repairers.

These parts will have to be accessible with commonly-available tools and without damaging the product.

Campaigners say individual consumers should also be allowed to buy spares and mend their own machines. But manufacturers said this would raise questions about risk and liability.

Instead, manufacturers will have to ensure that key parts of the product can be replaced by independent professionals.

If British firms want to sell into Europe after Brexit they will have to follow the new rules, which apply from April 2021.

'Right to repair' rules brought in for appliances [Roger Harrabin/BBC]