A Tangled Weave: when Louis XIV made owning calico cotton a crime 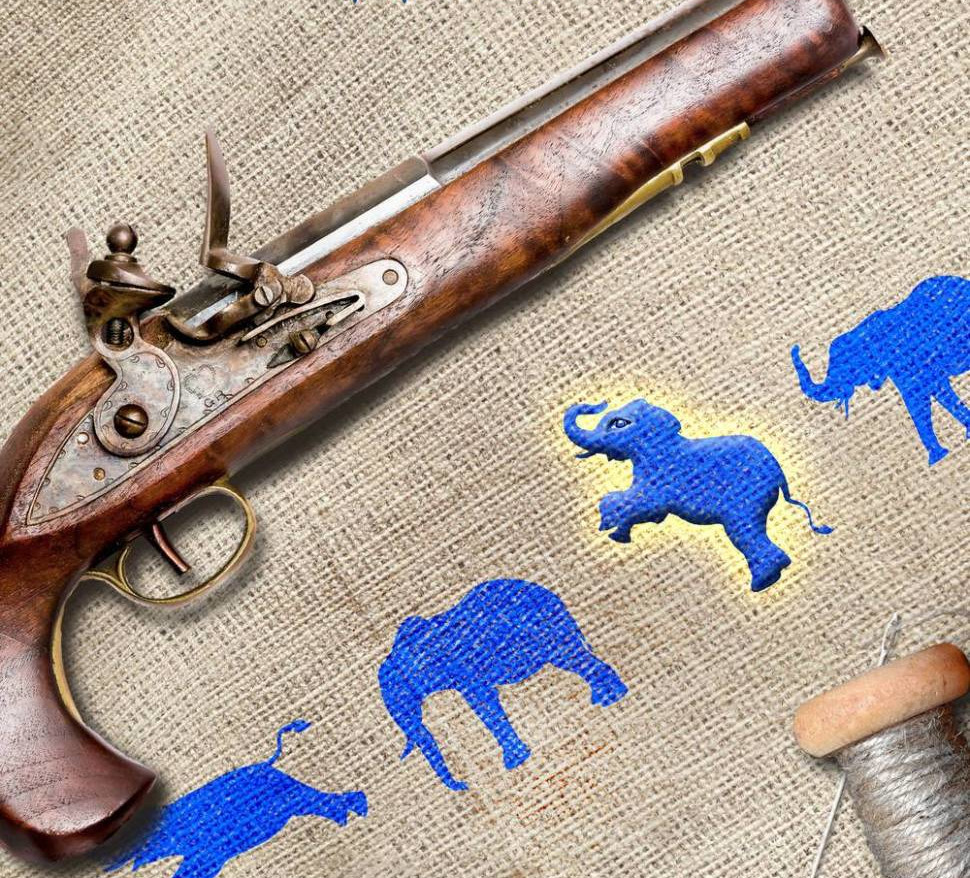 [Michael Skeet – my longtime friend and sometime collaborator -- has just finished his latest novel, A Tangled Weave, which revolves around the weird historical moment when possession of cotton was a serious crime in France. In this essay, occasioned by the publication of A Tangled Weave, Mike gives us some backstory on the odd circumstances that gave rise to a prohibition on Indian cotton, and how they inspired a novel. You can read a sample chapter here. -Cory]

Prohibition just never works. If the U.S. Congress had been a bit more historically literate when contemplating the Volstead Act they wouldn’t even have tried. There was a seventeenth-century example that would have demonstrated the foolishness of trying to ban something people want. Whether the reason for the ban is moral, economic, or whatever.

The something in this case wasn’t a drug of any sort. It was cloth.

To be precise, calico cotton, hand-painted, from India. This stuff was such a huge and sudden hit in the mid-1600s that Louis XIV and his ministers decided it was an economic hazard to the French cloth industry. Hell, Indian cotton was becoming a greater and more coveted luxury than silk.

So they banned it. Importation, sale, even possession of this cloth was illegal. Which immediately made a whole bunch of powerful people—the only ones who could afford painted cotton—criminals. You can probably guess how it all ended up.

When I first came across this story, while researching for my first fantasy novel, A Poisoned Prayer, it came as one of those lightning strikes that almost never happen. I wasn’t even looking into the subject of clothing at the time; I was trying to learn about the pace at which the French upper classes adopted stoves for heating their homes, and glassware (as opposed to precious metal cups and goblets) for drinking their wine.

But when I did encounter cotton prohibition, I was completely smitten. How could I resist the concept of fashion criminals? The idea of an aristocratic, magic-wielding cloth-smuggler was an instantaneous development. And the first chapter of A Tangled Weave (and even that title) flowed out of me and into my computer nearly as rapidly. (The rest of the novel? Not so fast.) Honestly, writing is hard enough that when I get an inspiration like this (I think it’s happened maybe three times in my life) I have to jump at it.

If you want to know more about the subject, I first learned of it in a book by a French academic named Daniel Roche, A History of Everyday Things: The Birth of Consumption in France 1600-1800 (translated by Brian Pearce). A more recent, and detailed, description is in a very thorough PhD (Philosophy) thesis from Nottingham Trent University in the UK: Gillian Crosby’s “First Impressions: The Prohibition on Printed Calicoes in France, 1686-1759″. I wish this had been available when I started writing the novel.