This Bloody Bath Mat is the best shower scare since "Psycho" 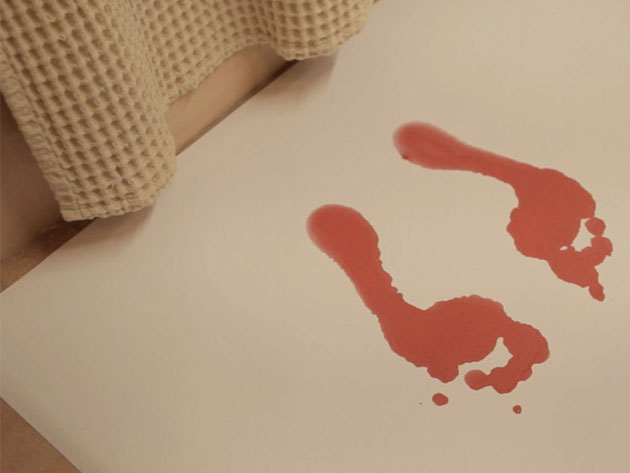 Cue the "Psycho" violins. If you're a true Halloween completist who's wondering how to deck out your bathroom for the holiday, we have your accessory: The Bloody Bath Mat™.

When it's dormant, this devious prank is a nondescript, almost paper-thin (.03 inch thick) mat, white with a matte finish. Placed beside your shower, it's the kind of thing no one will ever notice - at first. But the specially coated surface means any water that hits it instantly turns red.

You can imagine the results: Spatters of convincingly crimson "blood" as soon as guests hop out of the shower, followed by bloody footprints wherever they step. And the best part is, it's reusable. Hang it out or leave it to dry, and the red stains will fade away within 10 minutes or less, returning the mat to its original, innocent white finish. Cue the next unsuspecting victim.