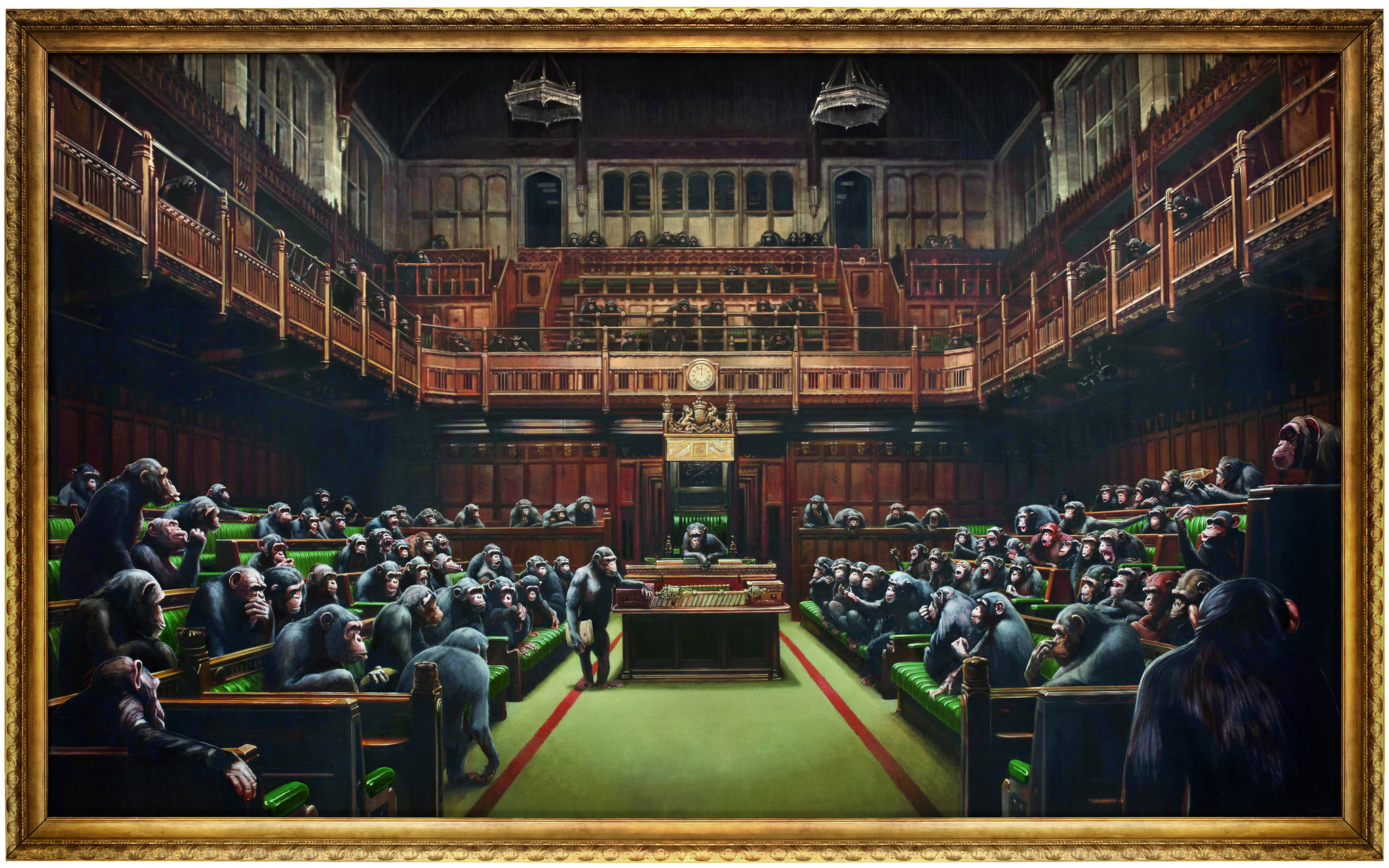 Banksy's massive "Devolved Parliament," a 2009 painting of chimpanzees in Britain’s House of Commons, just sold for $12.1 million at a Sotheby's auction. It was put on the block by a private, unnamed seller. The painting was previously titled "Question Time" but that was before Banksy made subtle changes to it after it was included in an exhibition at the Bristol Museum. From the New York Times:

After a dramatic 13 minutes of competition, in which as many as 10 bidders were involved, at least five of them in the room, it was finally knocked down to a telephone buyer. At one point the hammer was poised to fall at £6.4 million, but a bidder at the back of the room flung up his hand at the last second, before finally giving way to the winning telephone bid...

The artist’s previous auction high was set in 2008 for the painting, “Keep It Spotless,” a collaborative work by Banksy and Damien Hirst, which sold for $1.9 million at a Sotheby’s charity auction.