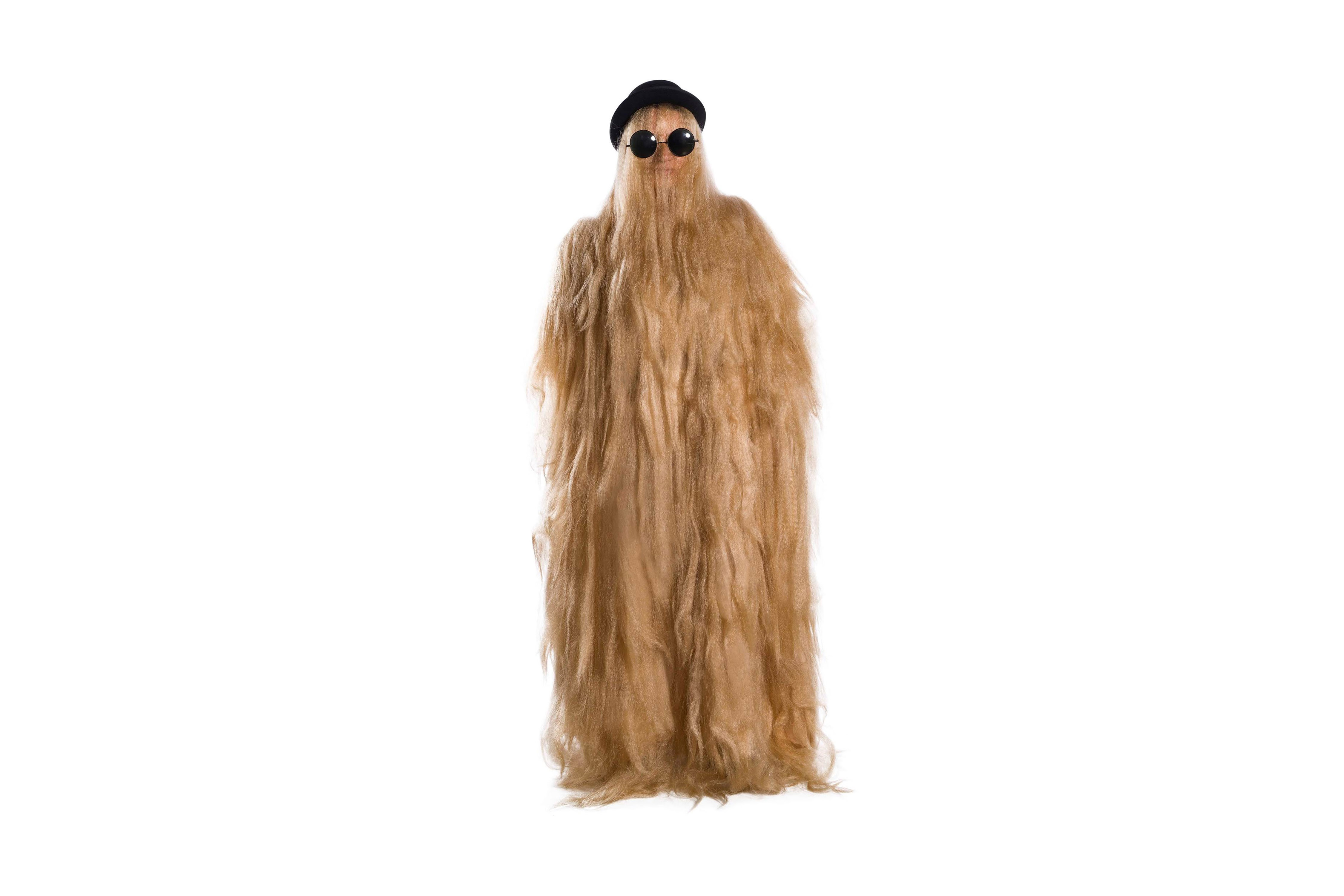 After seeing so much skin with all those "sexy" Halloween costumes, it's nice to see someone has made a costume that covers you up. Like, really covers you up. This $100 "Cousin It" Halloween costume is faux fur from head to toe and includes a synthetic hair-lined bowler hat and a pair of sunglasses. It's coming out just in time for the new animated Addams Family movie on October 10.