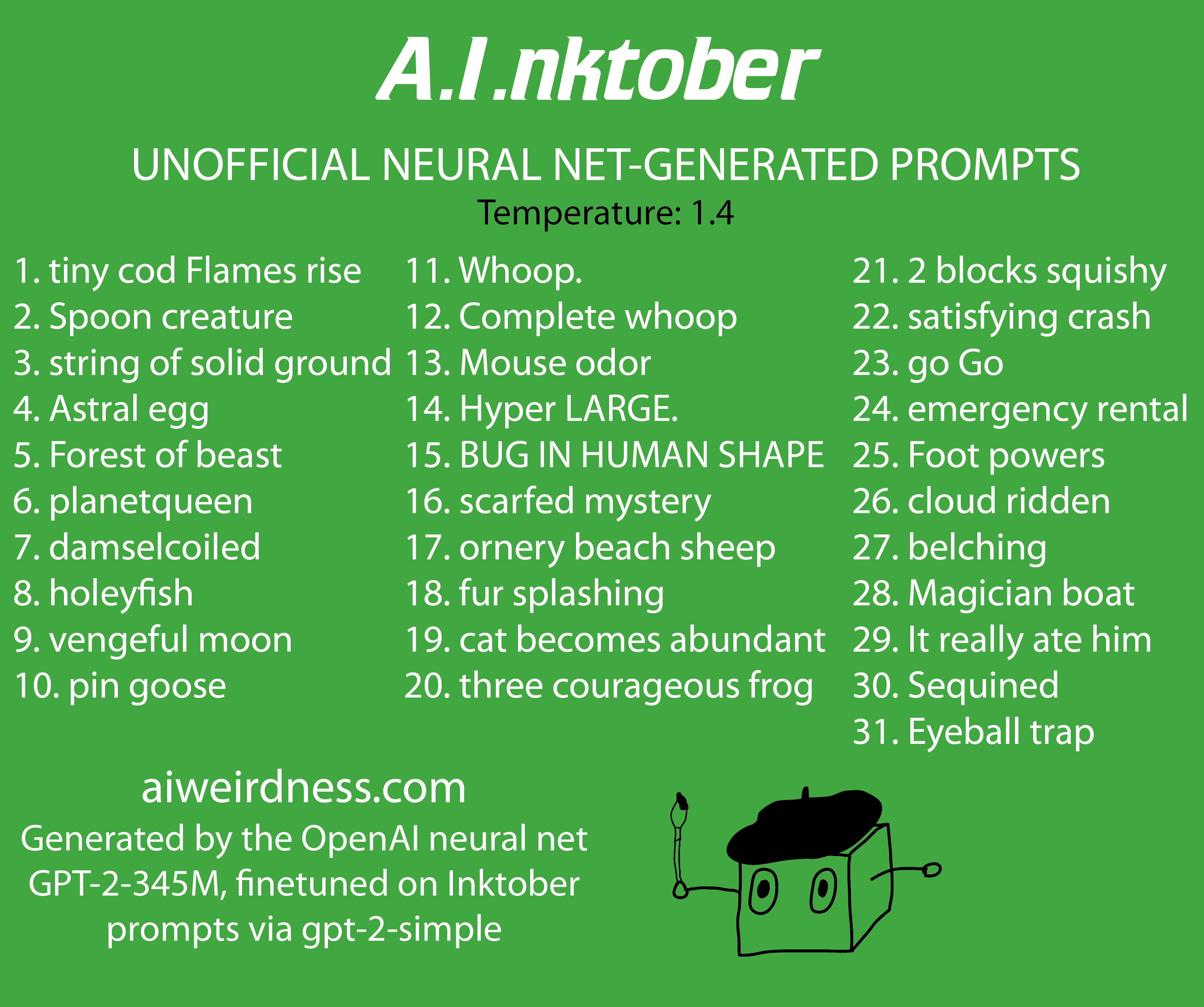 It's Inkotober, when "artists all over the world take on the Inktober drawing challenge by doing one ink drawing a day the entire month." In a fun experiment, Janelle Shane trained a neural net with prior Inktober prompts and picked out some promising concepts like "ornery beach sheep" and "BUG IN HUMAN SHAPE."

If you'd like to participate in the fun, pick one of the prompts and post your illustration for a chance to win an advance copy of Shane's new book:

My US and UK publishers are letting me give away some copies of my book to people who draw the AInktober prompts - tag your drawings with AInktober and every week I’ll choose a few people based on *handwaves* criteria to get an advance copy of my book. (US, UK, and Canada only, sorry)

Here are a few entries to date: