Shingy talks about the real job behind the "Digital Prophet" bullshit 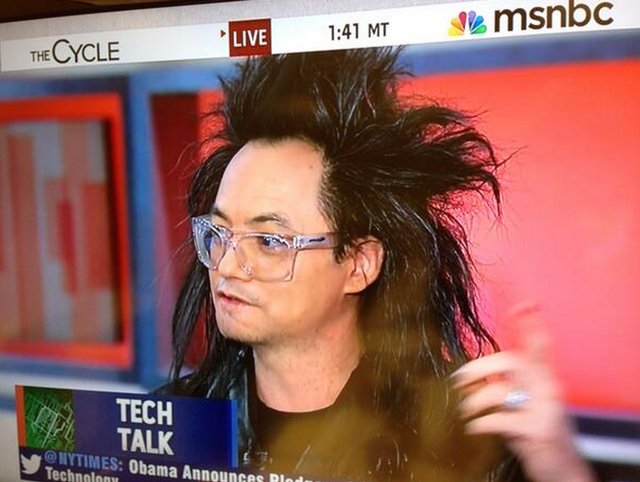 As AOL's anime-haired "Digital Prophet", David Shing was often portrayed as a blatant poser, a voltron of web 2.0 buzzwords with a tellingly quiet social media following. But he was also a marketing director there. The excesses of the "Shingy" persona, with its silly TED talks and news appearances, dressed up a "fairly standard job" of running interference with advertisers.

Did the idea that anything you do can be taken out of context freak you out? Did you start second-guessing yourself?

I definitely was cautious about it because when you get trolled several times, you’re kind of like, “I’m good. I’ll just put my head down and keep working and doing the work I need to do,” which is not to be invisible.

Hundreds of meetings a year. I especially appreciate that "Digital Prophet" intentionally mocked the anodyne creepiness of the term Google and Facebook were using for the equivalent role—"Evangelist"—and feel rather like I should have noticed that at the time. He's absolutely a corporate talker of the marketing tribe, but what he was saying on stage (or to New Yorker profilers) was not what he was saying behind closed doors.

What does Verizon get out of [AOL]?