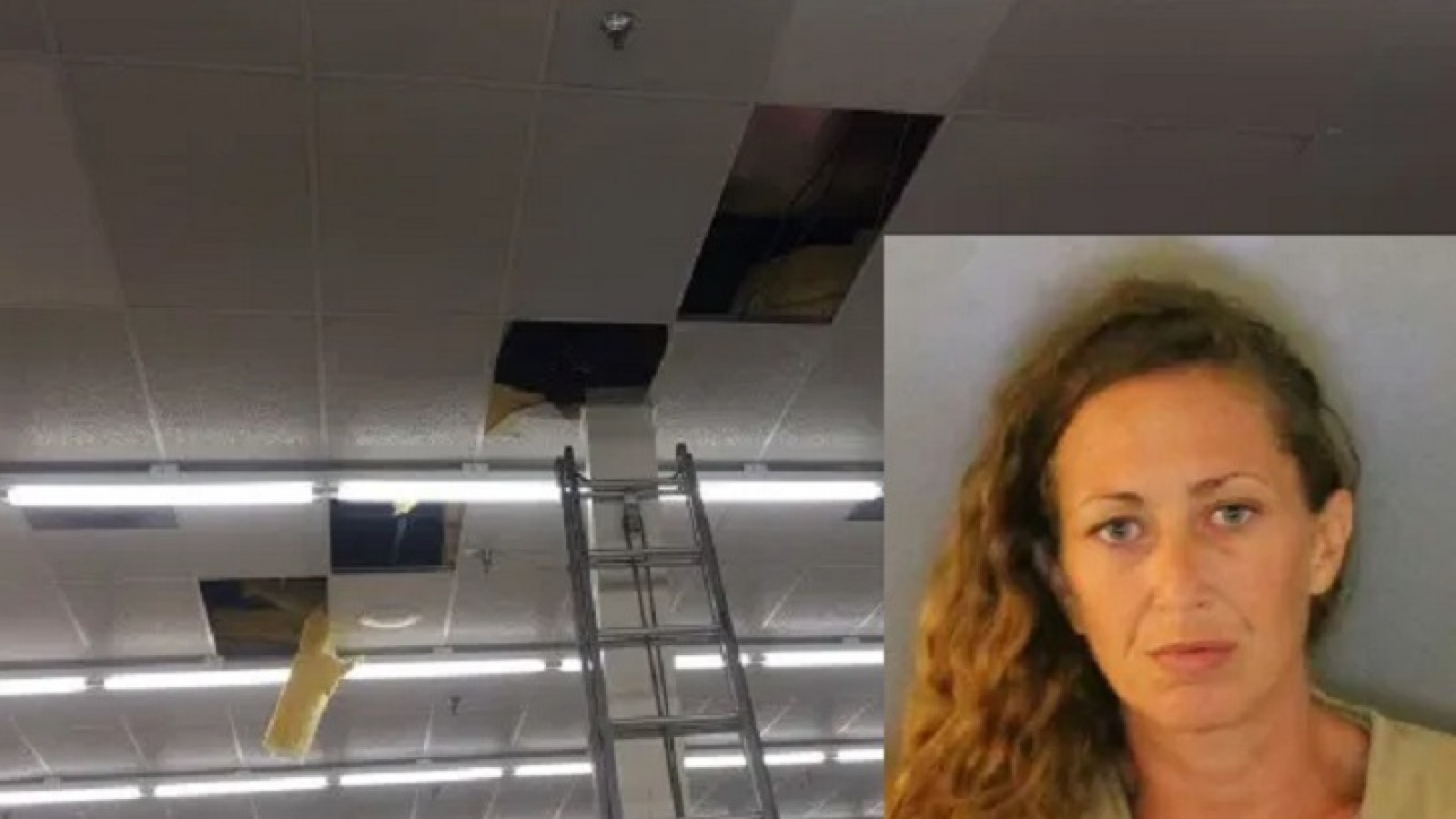 A woman in Florida is in Big Trouble after cops say she climbed up into the ceiling of a Big Lots store to avoid a shoplifting arrest last Friday.

The Sheriff’s Office in Charlotte County, FL says 37-year-old Kristina Perkins dashed into the Big Lots store restroom Friday and removed tiles so she could climb up into the ceiling.

Deputies removed tiles from several spots in a five-hour effort to catch Perkins. The news release says she ignored commands to come down and instead moved to other sections of the ceiling. A deputy stayed behind when the search was called off and saw Perkins climbing down from the ceiling.

Sheriff's deputies say 3 syringes and morphine residue were found in her purse.

No lawyer was listed on jail records.