For the first time, pigs have been filmed using tools 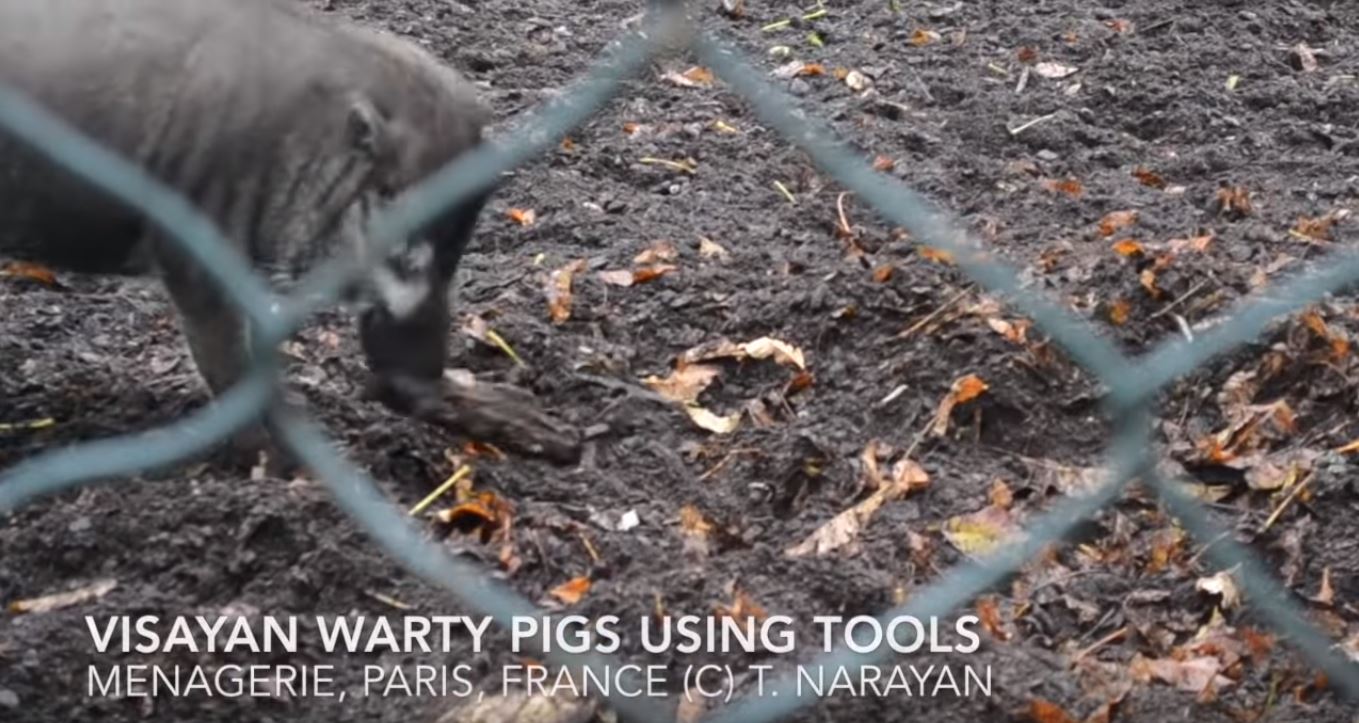 At a zoo in Paris, ecologist Meredith Root-Bernstein noticed a Visayan warty pig pick up a piece of bark in its mouth and then use it to move soil. Over the following years, she and colleagues observed the adults pigs and offspring in the enclosure using bark to build their "nests":

Although the behavior occurred in captivity, there is at least some evidence pigs have used tools in the wild:

A few years ago, Gutierrez witnessed a group of wild Visayans pushing rocks toward an electric fence to test it. “As soon as they push and the rocks make contact, they would wait for the clicking sound or absence thereof,” he said by email.