Halloween mask of Sloth from The Goonies deemed inaccurate 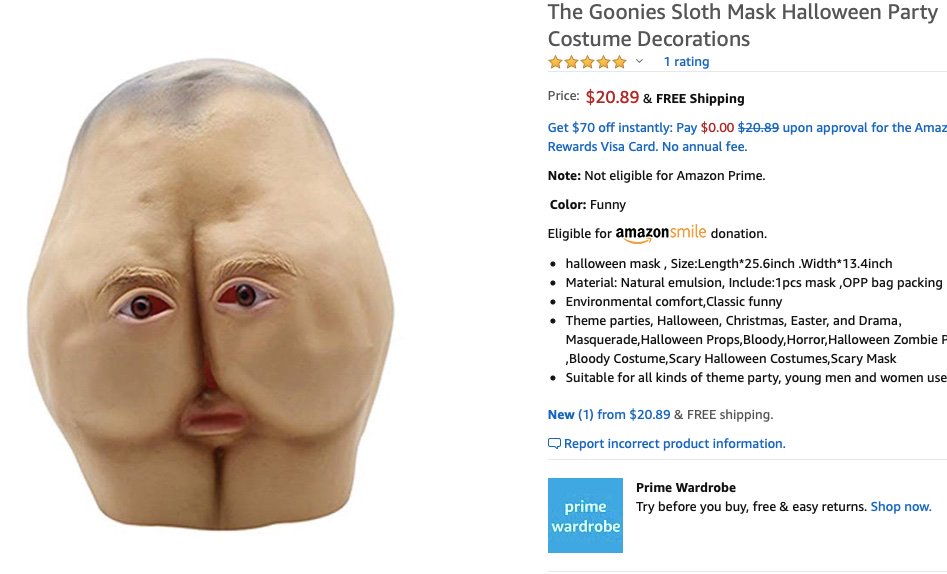 Trumpetcake spotted a remarkable item on Amazon being sold as "The Goonies Sloth Mask", perfect for Halloween. The sole customer review awards it 5 stars, but people on Twitter seem unimpressed with its versimilitude.

P.S. You can buy Babe Ruth bars on Amazon by the crate.