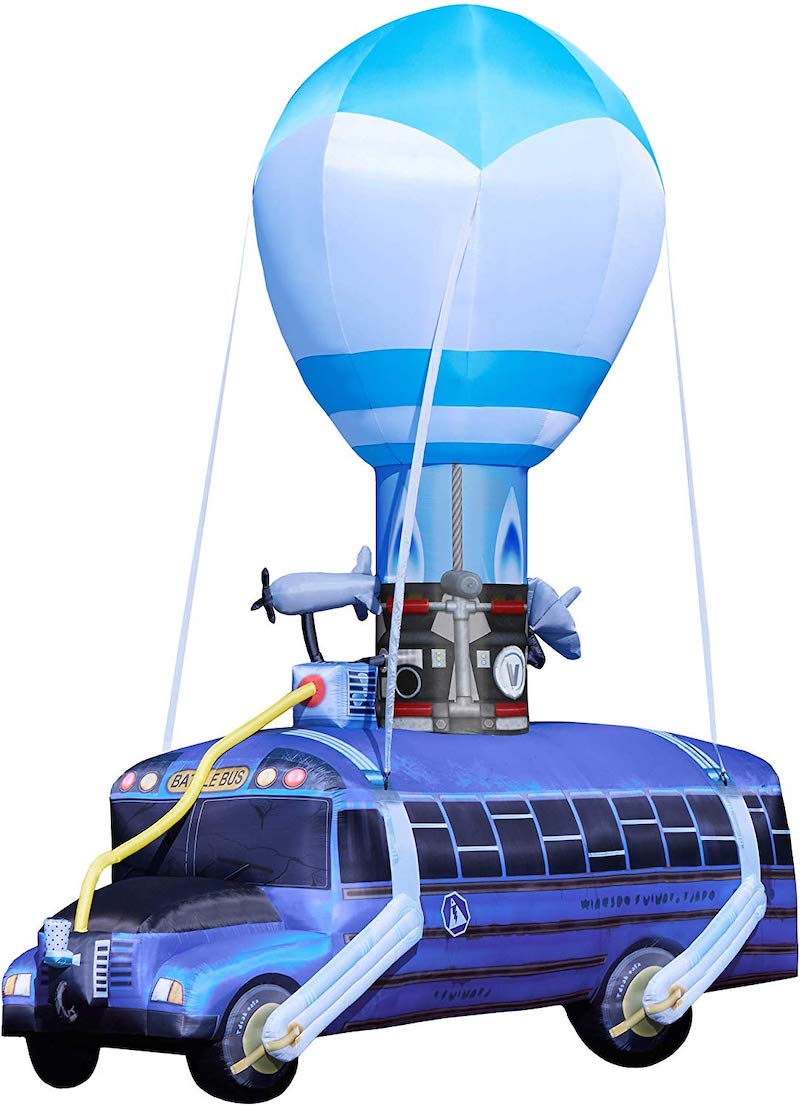 Turn any party into a solo, duos or squads lobby. Lucky Landing and Happy Hamlet are my favorite drops. This 17.5' tall and 18' long replica of the Battle Bus will make any Fortnite player feel right at home!

Thank the bus driver, you animals!