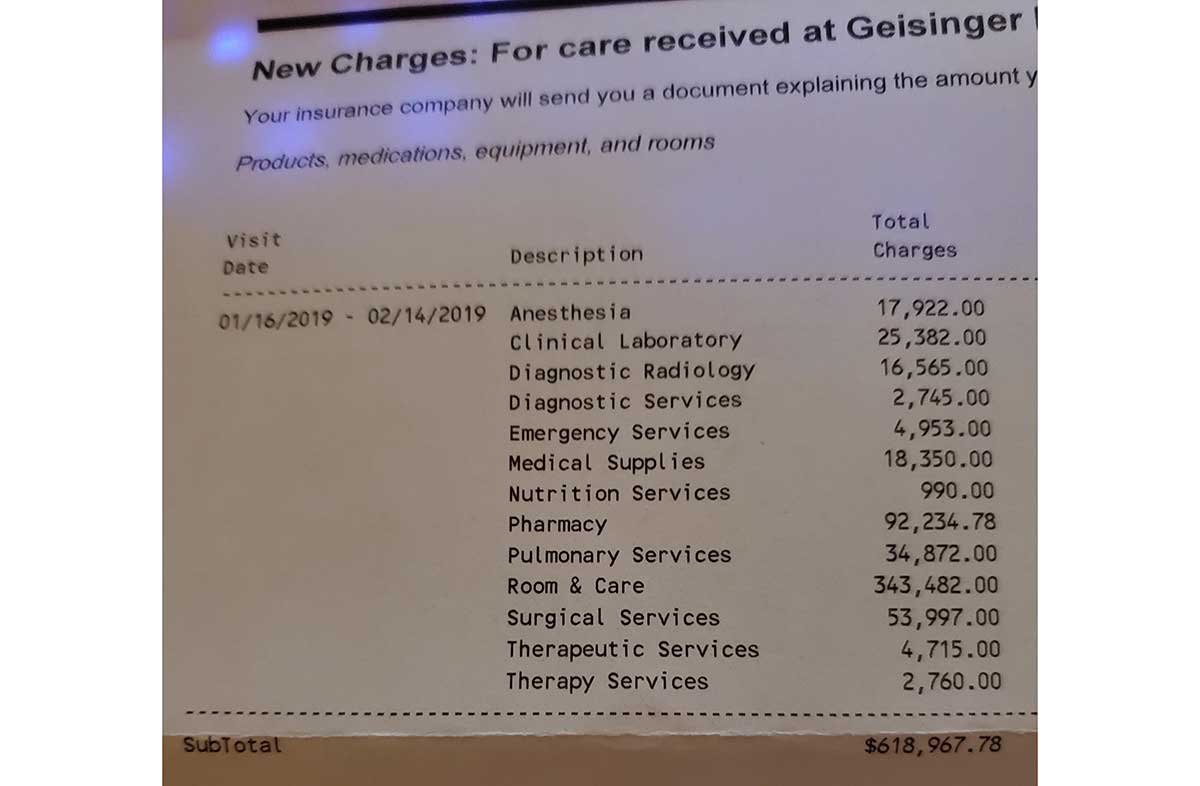 On Reddit, u/xplodingboy07 said he got a nasty knee infection and had to spend a month in the hospital. He posted a photo of the bill, which was for $618,967.78.

Over 500,000 U.S. families go bankrupt from medical bills every year.