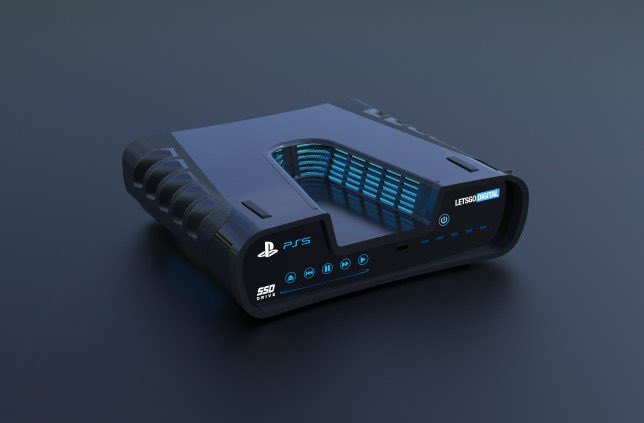 Also some other features.

ray-tracing acceleration in the GPU hardware ... solid-state drive ... 4K Bluray ... an unlabeled matte-black doohickey that looks an awful lot like the PS4's DualShock 4 ... an improved speaker on the controller, the haptics ... me really excited

We don't know what it'll look like; the image going around (above) is an (accurate) mockup of the NDA-covered dev kit, as commissioned by LetsGoDigital.