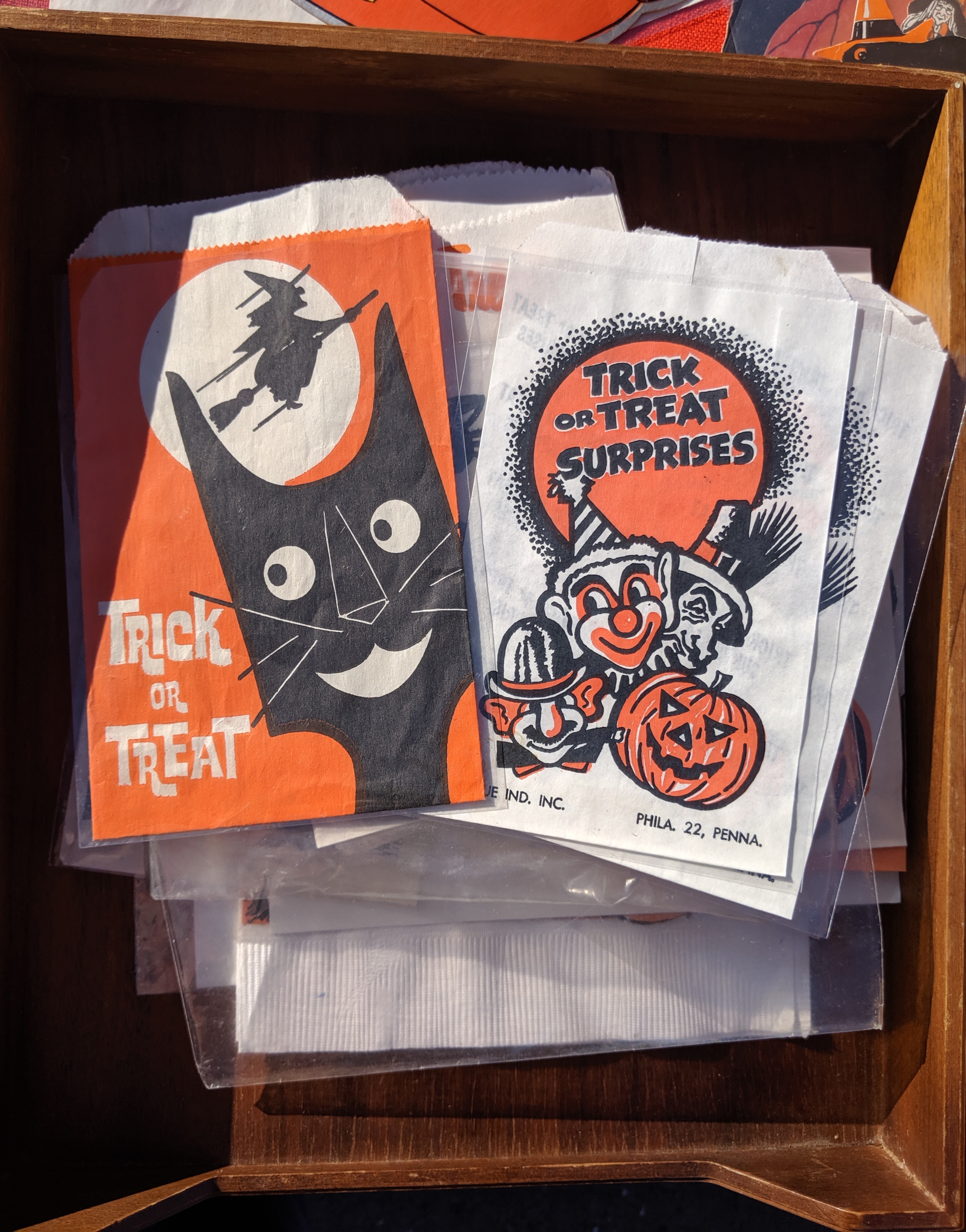 I love a good flea market. Even though I don't really collect anymore (I make exceptions for extraordinary items), I love seeing what weird, old stuff is out there. Here where I live in Alameda, California, on the first Sunday of every month, there is a massive vintage and antiques sale with over 800 dealers. The most recent Alameda Point Antiques Faire was this past Sunday and many vendors brought out their vintage Halloween wares. Here's a look at some of the old-fashioned paper trick-or-treat bags, plastic kiddie costumes, ephemera, blow molds, and other fun seasonal items I spotted out there.

This E.T. Halloween costumes deserves a special shout-out -- it's 100% handmade with love!

If you go: The best time to arrive to the Alameda Point Antiques Faire, in my opinion, is at 7:30 a.m. when the price drops from $15 to $10. Yes, at 9 a.m., it drops to $5 but then it starts getting crowded and/or hot. Children under 15 are free with an adult. There is tons of parking and a free shuttle if you end up at the back of the enormous lot.

Pro-tips:Wear a sun hat, sunglasses, and comfortable shoes (my Fitbit tells me I clock in around 15,000 steps!). Also pack a water bottle and a snack, though you can also purchase food and beverages. Bring small bills and negotiate for what you want. The faire closes at 3:00 p.m., so that's when big deals start happening (the vendors have been there since around 4:00 a.m. and don't want to haul everything home).