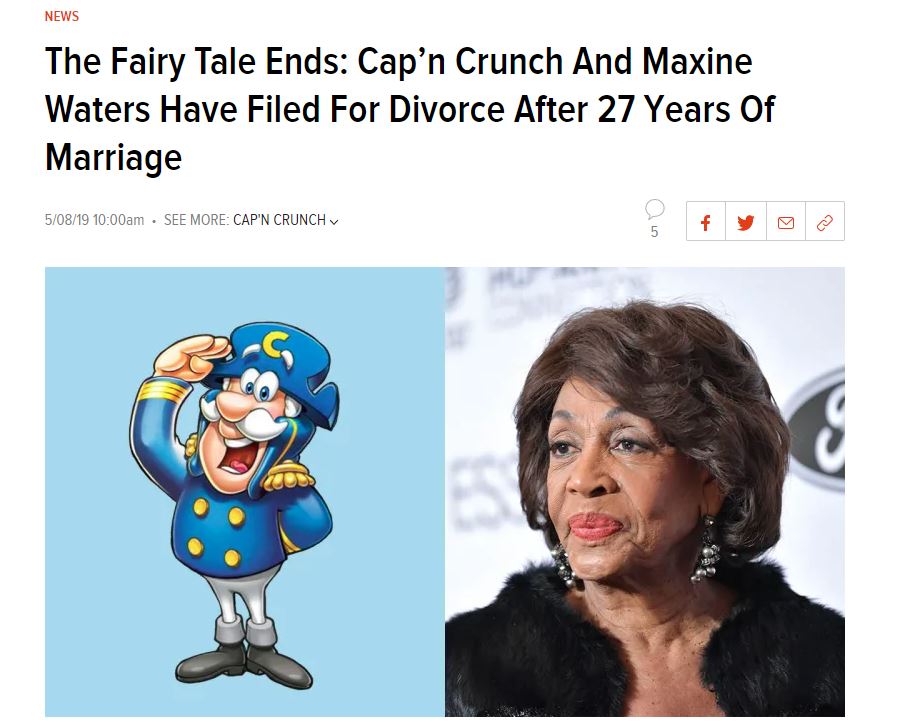 Follow your muse where it takes you, even if it leads to a day's worth of articles trashing Cap'n Crunch in outlandish and disturbing ways.